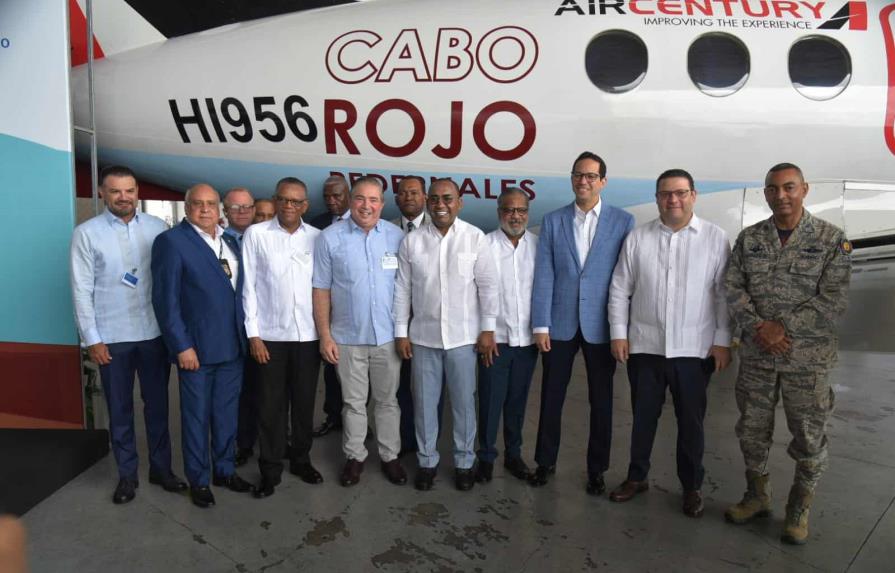 As part of the initiatives for the development of Pedernales as a new tourist destination, the General Directorate of Public-Private Partnerships (Dgapp), the Pro-Pedernales Trust, and the Civil Aviation Board (JAC) announced on Tuesday the beginning of domestic flights from the La Isabela Dr. Joaquin Balaguer airport (Santo Domingo North) to the Cabo Rojo aerodrome, near Pedernales.

Sigmund Freund, the director of the DGAPP, announced at the opening ceremony held at the El Higüero airport that the airline Air Century, in partnership with the business REP-AIR, will begin operating the new route after winning the contract through a bid process conducted in accordance with the Pro-Pedernales Trust’s instructions. Beginning on November 15, single trips with a starting price of $50 one way and a duration of 35 minutes will be promoted. The inaugural flight will take place on November 1. “There will no longer be a six-hour drive to Pedernales,” Freund said.

The official anticipated that these domestic flights to Cabo Rojo will boost domestic tourism and draw investment to Pedernales, which is getting ready for Dominicans and visitors from other countries to enjoy the province’s natural wonders.

Yes, for the first weeks and then boom go the fares.

ok… so, you land at the Cabo Rojo airstrip and do… what? Ask the cows for a ride? That strip is in the middle of nowhere on a dirt road. Too far to walk to Bahia de las Aguilas or Pedernales. There better be transportation that can be arranged or else you’re vulture meat.