Vice-President: “Government has proposed to revitalize tourism in the Northern region” 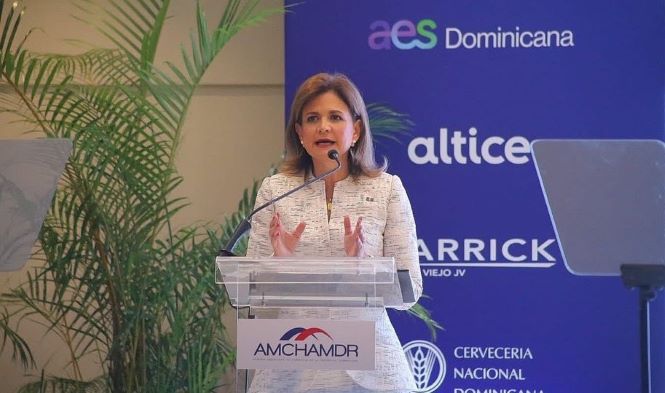 Vice President Raquel Peña said that the government has proposed revitalizing tourism in Puerto Plata and throughout Cibao through the “Master Plan for Tourism and Economic Development” of the northern region, which includes the execution of more than 40 projects.

She said that in addition to potentiating the development of the northern region, the main goal is to improve citizens’ quality of life.

Peña stressed that the Northern region during the year 2021 received 22% of foreign investment, which is equivalent to a total of 707 million dollars, mainly in the tourism and free zone sectors.

“The investments will contribute to the country’s economic growth,” she added.

The vice president explained to Listín Diario that from 2020 to date, the government had invested a total of RD $ 3,776 million pesos for infrastructure projects, construction, and adaptation of aqueducts, schools, housing, roads, bridges, hospitals, ports, and works of the electricity sector.

“Only for 2022 the public investment programmed for the province of Puerto Plata is 879 million 998 thousand 368 pesos. 25% of these resources have been allocated to the construction and rehabilitation of educational facilities and 15% to the improvement of road infrastructure throughout the province,” Peña said.

The vice president took the opportunity to highlight the work of the American Chamber of Commerce and its commitment to promoting the conditions that favor the commercial relationship between the Dominican Republic and the United States.

She further noted that total exports attributable to the region stood at 2,481 million dollars in 2021, 19.9% of the total registered at the national level, which represented a 20.2% growth compared to 2020, thanks to the work of free zones, in particular to tobacco manufacturing and, also, by the performance of the mining sector.

During the presentation entitled “The northern region: a winning bet in terms of investment,” Peña emphasized that the northern zone has approximately 30% of the country’s hotel occupancy and that 20.7% of the tourists who were received nationally in 2021 arrived through the airports geographically located in that region, figures higher than the levels prior to the pandemic, according to the president of the Investment Promotion Cabinet.

Similarly, she said that the structure of ports in the area would increase the facilities for the expansion of tourism to such an extent that in 2021 69.3% of passenger arrivals by ports nationwide were concentrated in the northern region, surpassing even the figures of 2019.

The official indicated that the protagonist of this growth had been the Amber Cove port of Puerto Plata and the inauguration in December 2021 of the Taino Bay terminal in the same province, which translates into more than 500 thousand additional cruise passengers in the first nine months of 2022 compared to the same period of 2021, representing these ports 75.7% of the total received.

During the meeting, the president of the Provincial Committee of Puerto Plata of AMCHAMDR, Román Medina, stressed the continuous growth of the province in recent years.

“We are standard-bearers of the most powerful alliance a country can have: the public-private one,” Roman said. “Today we can say with confidence that the positioning of Puerto Plata, and repositioning after the pandemic, as a tourist and commercial axis in the Caribbean is the result of the combined work of these public-private partnerships,” he concluded.

When is the government going “revitalized” non tourism related services and industries?