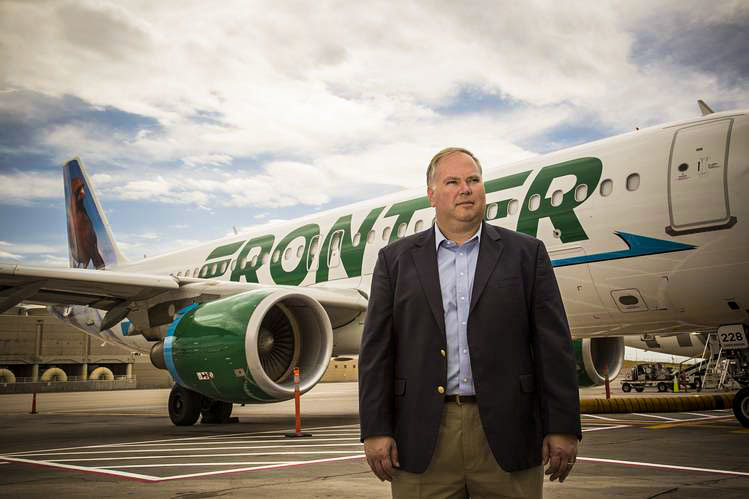 Frontier CEO Barry Biffle said that after completing JetBlue’s purchase of Spirit, his company “isn’t licking its wounds.” Conversely, Biffle announced that Frontier’s international operations would grow between 5% and 20% over the next 3-5 years.

Regarding the destinations it will fly to, Frontier focuses its international growth on the Caribbean.

“We are going to grow much more internationally. We have invested heavily in Jamaica, Cancun and throughout the Caribbean. Recently, we announced Denver – Montego Bay, for example,” Biffle said.

In Frontier’s commitment to the Caribbean, the Dominican Republic plays a stellar role since it is its second market with the highest number of flights in the region, surpassing Mexico.

Among them, Mexico stands out since 6 out of 10 Frontier flights are to that country, followed by the Dominican Republic, Jamaica, Costa Rica, Guatemala, El Salvador, and the Bahamas.

It is good to have a reasonable amount of air carriers to service the normal passenger and cargo needs of the Caribbean area. It has to be tempered there should not be an over capacity of aircraft as less than full aircraft do not make enough revenue to make flights profitable. It is meaningful to say air carriers make more profit carrying cargo, not passengers.

The inconvenience for many passengers is airlines added more narrow seats per aircraft and reduced basic creature comforts. Extra comforts are bought online… or in cabin to make the flights “more enjoyable”. Economy airlines such as Frontier servicing the RD may be OK. You just wonder economy passengers leaving a plane are sighing relief and/or glad to be in the RD.

There were times in the past flights were enjoyable, nowadays, NO.

My booked flight from Costa Rica to Florida was summarily canceled via email 4 months in advance with no explanation. You can’t book a flight from CR to the US on Frontier now. I’d like to know why…