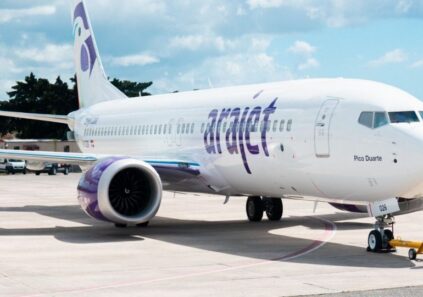 Arajet requested the Civil Aviation Board (JAC) to expand its network with more destinations in the Caribbean, South America, and Central America.

With the application, Arajet is betting on routes without competition, as none of the eight is currently operated by other airlines.

The airline will be subject to a public hearing on January 4, 2023, for approval by the aeronautical authority to receive the permit, according to Aviaciononline.

The new destinations will be part of Arajet’s expansion process in 2023, once it receives new aircraft, as the low-cost carrier initially operates five new Boeing 737-8s, making it the third airline in the Caribbean to own one of the Boeing 737 MAX models after Cayman Airways and Caribbean Airlines.

People who have used this airline give it very good reviews. If or when the US routes are approved, Arajet will be a strong competition for the competition that have the same routes in to SDQ.

What caught this poster’s attention is the destination of Manaus Brazil. Manaus is a large city in the central Amazon region with a population of over 2 million. It is remote Arajet may have opened an opportunity for itself and the RD as there may be a large demand for cargo and passengers to transit to/from there and use the RD as an in transit hub for continuing movement to/from N.American and Europe with connecting carriers. It is noteworthy to mention Vinci the company that manages airports in the RD also manages Manaus’s airport. Is it coincidental or some form of behind the scenes business arrangement?