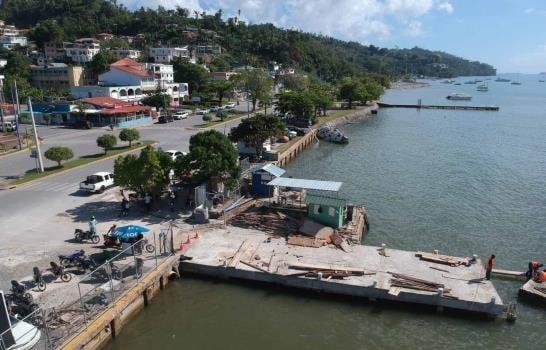 According to the Dominican Port Authority, the Samaná public pier will reopen on January 12. The agency issued the statements in response to boat owners’ concerns about not having a place to disembark tourists who visit the province during the whale-watching season, which begins on January 15. “We understand that there is some fear in the statements that it will not end, but God willing, the reopening is scheduled for January 12,” Ulises Jiménez, Portuaria’s Director of Communications, said. He said that if the whale-watching season started before January 15, “that (work) is 60% complete, and in its current condition it has space to dock three boats with tourists.”

When asked if there was any inconvenience that caused delays in the work, which has a 14 million peso investment, because shipowners indicated that the Government gave several delivery dates, Jiménez reiterated that the scheduled date is January 12, and stated that the country’s experience with Hurricane Fiona “delayed everything.” “Fiona delayed everything, especially the works in the eastern part of the country. Santa Bárbara de Samaná was one of the hardest hit areas by the winds. “What caused the delay was not the infrastructure, but the fact that we had to stop working for a few days due to the conditions of the waves,” he added.

According to Kim Beddall, a boat owner in the area, work resumed on Wednesday morning. “That was stopped, and they started working again this morning,” they explained. Through the Port Authority, the government began reconstruction work on the dock last October, which was built during one of the late Joaquin Balaguer’s governments and was damaged by Fiona last September. According to boat owners in Samaná, the whale watching season generates significant economic income for the province, as thousands of tourists come to see the mammals during the period, which ends at the end of March.

Ulises doesn’t sound too sure of himself on this promised date! ‘Course no real reason given for the pier not yet completed.