JetBlue drops prices: fares from US$49 for travel in the first quarter of 2023 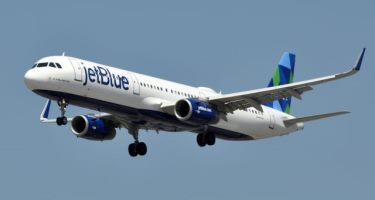 JetBlue sinks fares starting at US$49 each way and is valid for travel on Tuesdays and Wednesdays, from January 17 through March 29, with flight and hotel package deals. Bookings will be available through January 11.

Flights available in the winter offer both domestic and international flights.

“Take advantage of winter with deals on flights and flight + hotel packages to your favorite destinations,” the airline posted on social networks.

Economy travel with fares starting at US$49 are Detroit to Boston, Fort Lauderdale to Atlanta, Nashville to New York, New York to Savannah, and Philadelphia to Boston.

With a US$59 fare, travelers can also fly from Savannah to Boston and Charleston to New York, among other destinations.

With hotel deals, travelers can book Jetblue Vacations packages to destinations such as Las Vegas starting at just US$82 from Los Angeles or Punta Cana from US$418, departing from Fort Lauderdale.