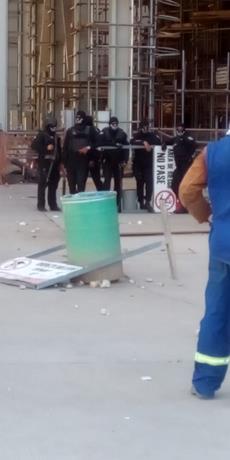 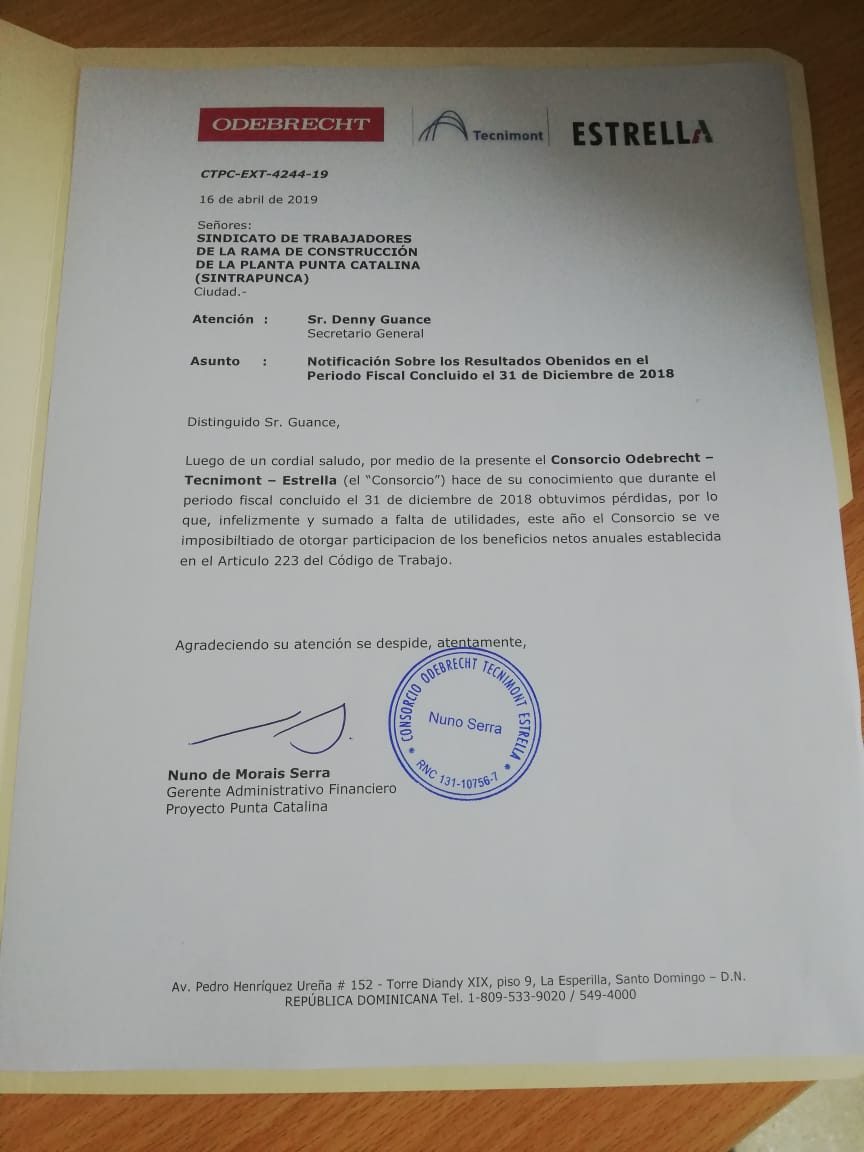 Employees of the Punta Catalina Thermoelectric Plant protested the morning of this Wednesday in protest of the non-payment of the bonus corresponding to 2018. The plant was shut down for security reasons.

According to the workers, the consortium that builds the plant announced that it would not give a bonus because of losses registered for last year.

“The Odebrebrecht-Tecnimont-Estrella consortium is aware that during the fiscal period ending December 31, 2018, we obtained losses which unfortunately added to the lack of profits, this year the Consortium is unable to grant the participation of the annual net benefits established in article 223 of the Labor Code,” indicates the communiqué that is circulated through social networks.

According to the data, employees with firearms assaulted the control cabin. The personnel that operates in this area say they are kidnapped in this part of the plant.

“This is big, here you do not work today because those compartments have to show up,” says one of the employees who recorded the demonstration with his cell phone. 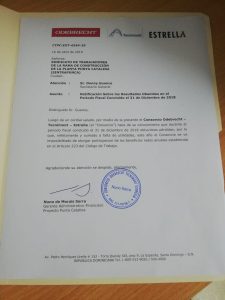 Communiqué supposedly issued by the Consortium that builds the plant. (EXTERNAL SOURCE. )

Diario Libre has tried to communicate with the consortium in several ways to obtain its version of the facts and it has been impossible to have the contact.

The plant had to leave abruptly because supposedly employees appeared with armed persons to the control unit.

“We are not in control, we are practically kidnapped and we are trying to see what can be done here,” says one of the audios circulating on the networks.

The synchronization of Punta Catalina with the Interconnected System (SENI) began on February 27, after President Danilo Medina announced that he would enter the national electricity system.

The first unit of Punta Catalina has a gross capacity of 376 megawatts, which will allow the system to inject a net capacity of up to 337 megawatts to the National Interconnected Electrical System (SENI) as the trial period advances.