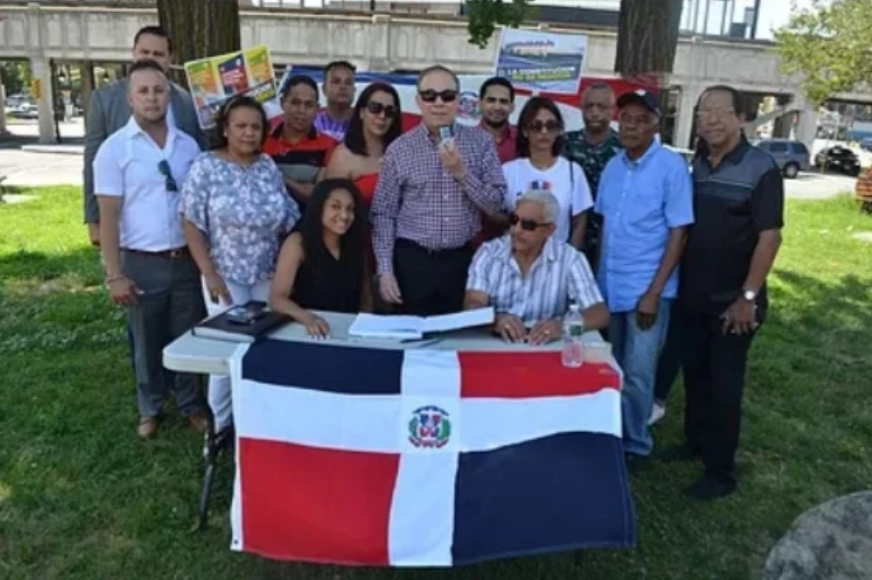 The general coordinators of the state of New Jersey and the city of Paterson, respectively, led on Sunday the collection of hundreds of signatures of Dominicans living here, who are adamantly opposed to a new reform to the Constitution of the Dominican Republic.

Máximo Corcino and Alejandro Almonte, stated separately, that the Dominican Diaspora in Paterson, and other cities of New Jersey, spontaneously expressed with their signatures of “fists and letters”, the dissatisfaction they feel with this pretension of national legislators.

“Hundreds of Dominicans, today, have expressed their rejection of re-election,” said the leaders of the Leonel 2020 team.

They reported that the book of signatures against re-election will continue to reach important locations in the United States, where thousands of Creoles reside.

“The president has fallen in love with the National Palace, but he has to understand that the Dominican people want to live in democracy, ask for democracy, and you will fight for it since historically there has been a lot of bloodshed, so that our nation is free and sovereign,” contended the leaders of the Leonel 2020 team.