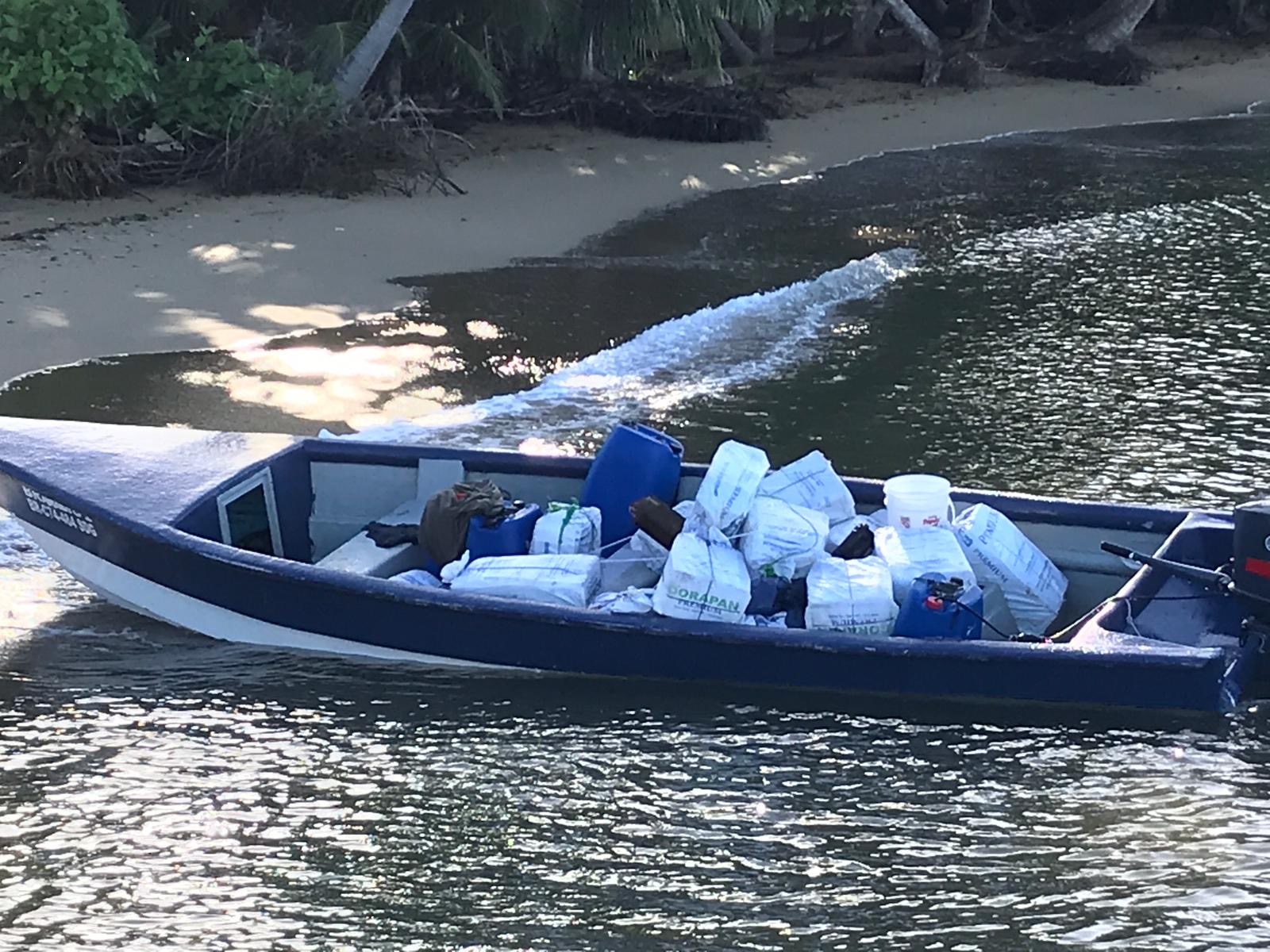 AGUADILLA, Puerto Rico -US Border Patrol and the Puerto Rico Police Department Joint Forces for Rapid Action (FURA) detected and intercepted Thursday a “yola” type vessel with four illegal aliens from the Dominican Republic who were attempting to smuggle 1,303 pounds (591 Kilos) of cocaine near Rincon.  The estimated value of the seized cocaine is $14.8 million.

“We will continue to disrupt and apprehend smugglers that attempt to smuggle people and narcotics across our borders,” indicated Xavier Morales, Chief Patrol Agent for the Ramey Sector. “Having a dedicated workforce partner up with other professionals dedicated to the border security mission is the key to success. Great job by all.”

FURA discovered 19 bundles, which appeared to be narcotics. Border Patrol Agents responded to the Añasco pier and established that all subjects were illegal aliens from the Dominican Republic who were attempting to enter into the United States.

Homeland Security Investigations (HSI) Special Agents assumed the contraband and the aliens for investigation and prosecution.

The Operation Stonegarden Grant Program<https://www.cbp.gov/newsroom/local-media-release/cbp-operation-stonegarden-partners-seize-340-pounds-cocaine-one-man> (OPSG) is designed to enhance cooperation and coordination from the U.S. Border Patrol with local, tribal, territorial, state and federal law enforcement agencies in a joint mission to secure the border.

The Ramey Sector is one of the twenty-one Sectors spread out across the United States. Encompassing the U.S. territorial islands of Puerto Rico and the Virgin Islands, it is the only Border Patrol Sector located outside the continental United States.

The Sector’s entire border area is made up of coastline and its area of responsibility is made up of some 6,000 square miles of land and water area, including the twelve-mile band of territorial water surrounding the Islands.