Luis Abinader: ¨Every criminal structure in the DR will be confronted like never before¨ 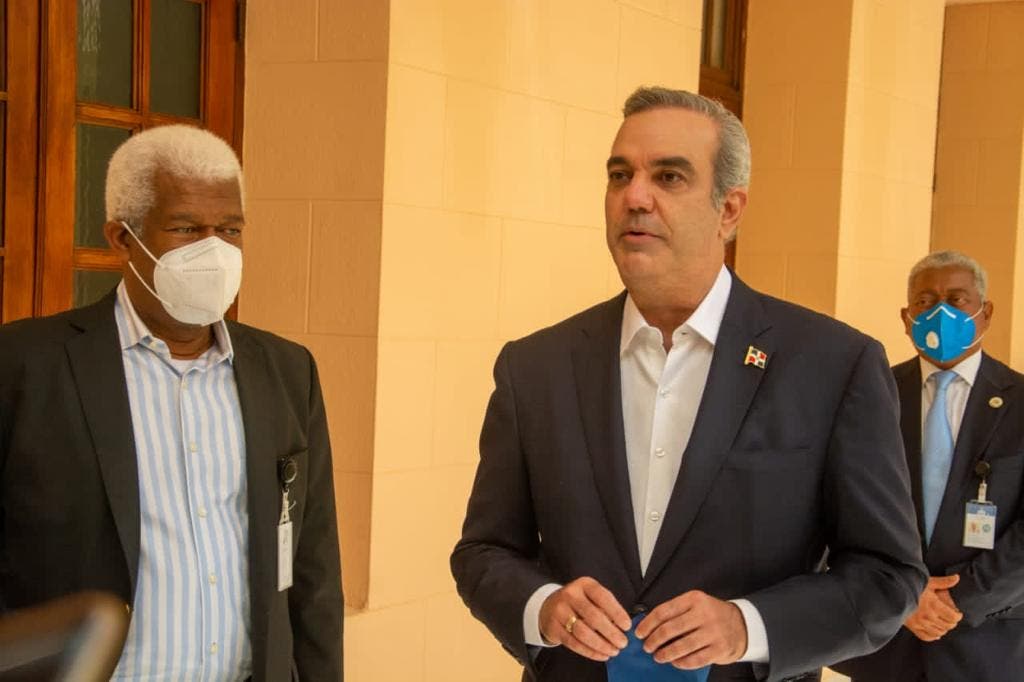 President Luis Abinader warned that “every criminal structure in the Dominican Republic will be confronted like never before,” after meeting this morning with the adviser for prison reform and the fight against crime, Roberto Santana, at the National Palace.

He reported that as of today, the prison of the 15th of Azua was in the control of its legitimate authorities, the heads of gangs and organized crime are out of the prison, and the entire staff was changed.

Santa offered details to the Head of State of the operation carried out this morning in the Prison of 15 in Azua, where 15 people were identified who extorted money from inmates and organized criminal activities in the streets.

President Abinader, speaking in the National Palace’s corridors, congratulated this joint operation of the Police and the Armed Forces, which was coordinated by Roberto Santana and the Attorney General’s Office.

The president also highlighted that last Saturday, the most massive cache of cocaine was seized in an operation against drug trafficking in the Haina Pier.

“We want to send a message with that capture on Saturday and with the operation this morning, that all the criminal structures in the Dominican Republic, get ready, that we are going to confront them, the Government will confront them to bring peace of mind.”

Regarding the operation in the prison of 15 Azua, Roberto Santana said that it concluded successfully due to the president’s support.

He reported that he had a contingent of 360 military and police personnel, who in the course of the morning, with drones, prevention, and attack dogs, managed to enter the jail, control all the pavilions and seize all the illegal ones.

Santana said that they identified 15 people who disturb that prison, abusing the prison population and threatening the authorities, who were transferred to different prisons in the country.

“As of today, the prison of the 15th of Azua remains in the control of its legitimate authorities, and the leaders of gangs and organized crimes are outside that prison,” he said.

Roberto Santa stated that this group was extorting authorities, and from there, they combined with organized crime organizations.

It meant that a group was predominantly in charge of extorting those deprived of liberty, charging them for sleeping, for food; that group called itself a disciplinary committee.

He also said that in the prison of 15 Azua, they found drugs, cell phones, televisions, and other electronic equipment.

Santana indicated that the change of the entire security staff, all the administrative staff, and also the governor of the center was ordered.