US seizes 888 lbs. of cocaine in 2 boats, arrest 2 Dominicans 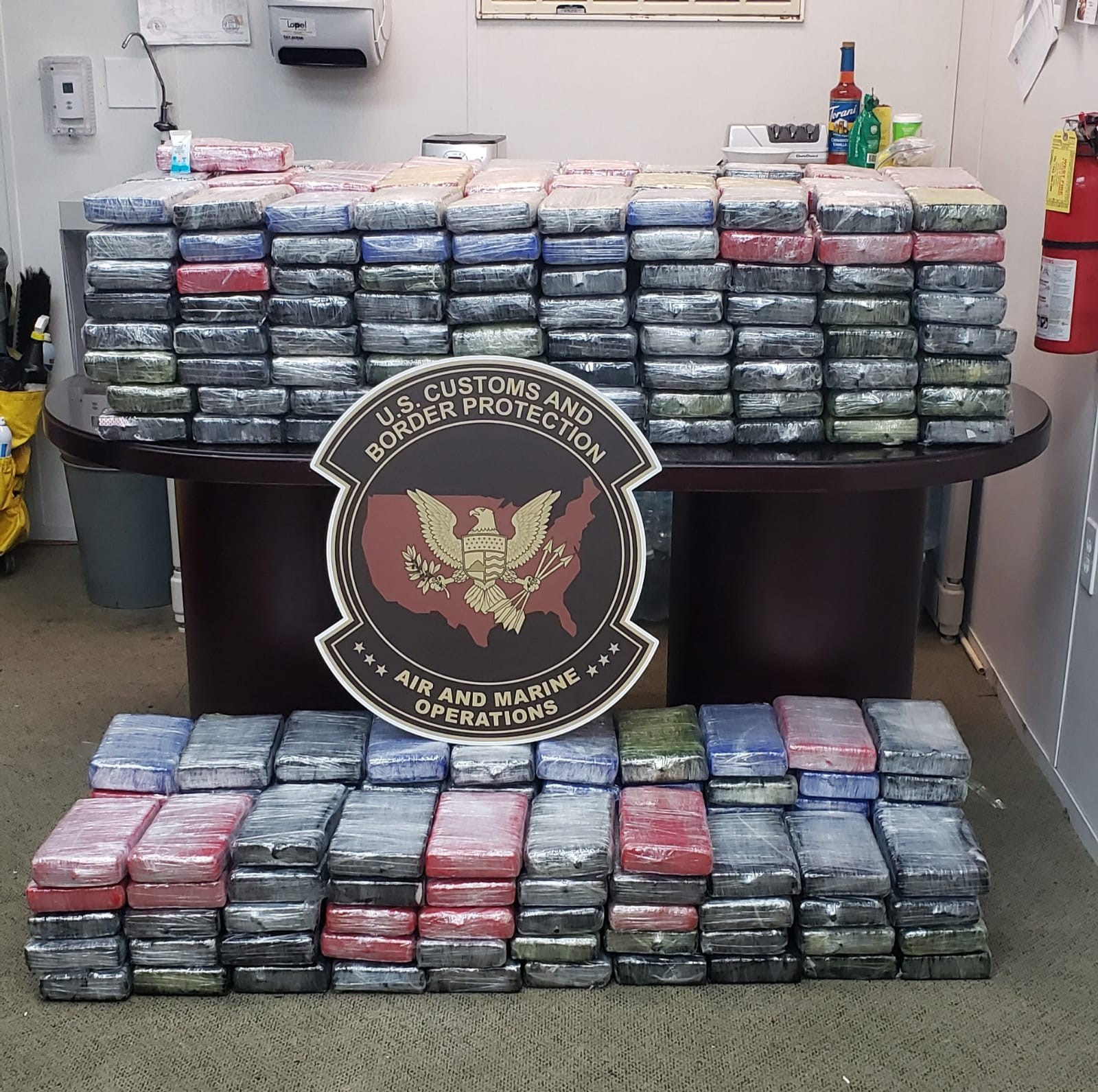 AGUADILLA, Puerto Rico – U.S. Customs and Border Protection (CBP) Air and Marine Operations (AMO) agents interdicted Monday night 888 pounds (403 kilos) of cocaine during two separate incidents that occurred near Cabo Rojo, in the southwest of the island, and near Fajardo, in the northeast.  Five men, two US citizens, two from the Dominican Republic and one Colombian were arrested. The estimated value of the seized narcotics is US$10.8 million.

“Our vigilance and patrolling operations cover the whole archipelago of Puerto Rico and the US Virgin Islands,” stated Johnny Morales, Director, Air and Marine Operations for the Caribbean Air and Marine Branch. “We leverage our advanced aeronautical and maritime capabilities to detect and interdict them throughout our coastal borders.”

On the evening of Dec. 6, an AMO Marine Patrol Aircraft (MPA) crew detected a 25 to 30 feet single engine “yola” type vessel, with 3 persons visible on board, navigating towards the southwestern coast of Puerto Rico.

The Marine Patrol Aircraft crew maintained surveillance contacting a CBP AMO Marine Unit that intercepted the vessel five nautical miles southwest of the Cabo Rojo Light House.  Three aliens were found onboard, one claiming to be a Colombian national and two claiming to be from the Dominican Republic.  Agents also found fourteen bales containing approximately 367.8 kilograms of cocaine.

The Drug Enforcement Administration (DEA) and Homeland Security Investigations (HSI) assumed custody of the contraband and the individuals for investigation and prosecution.

Also on Dec. 6, an AMO Coastal Interceptor Vessel (CIV) crew while on patrol detected a vessel navigating without lights near Lobos Island and Cayo Icacos. The crew of interceptor vessel activated its blue lights, navigation lights, and sirens for which the vessel failed to heave, immediately making a hard turn.

An AMO Blackhawk helicopter crew arrived on scene to help in the recovery of the contraband. One black duffle bag and another small gray bag were recovered with 34 bricks of cocaine.

DEA and HSI assumed custody of the contraband and the individuals for investigation and prosecution.

AMO safeguards our Nation by anticipating and confronting security threats through our aviation and maritime law enforcement expertise, innovative capabilities, and partnerships at the border and beyond.  With approximately 1,800 federal agents and mission support personnel, 240 aircraft, and 300 marine vessels operating throughout the United States, Puerto Rico, and U.S. Virgin Islands, AMO conducts its mission in the air and maritime environments at and beyond the border, and within the nation’s interior.