Odebrecht assures that its executives want to testify in court 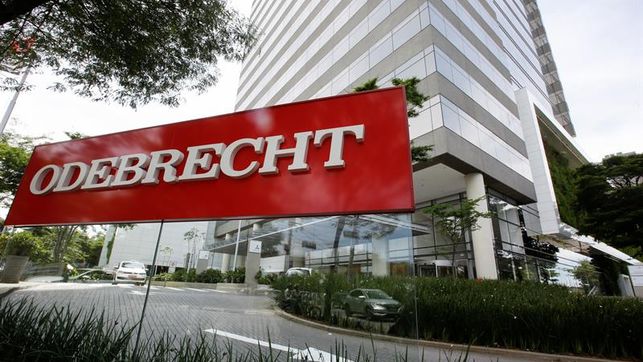 Santo Domingo.– Brazilian construction company Odebrecht S.A. assures that its executives have been willing to testify in the legal process that is being carried out in the Dominican Republic, that it has paid US$60 million to the treasury and that it has fulfilled “in time, content and methodology” its obligations assumed with the Dominican State through the leniency agreement reached by the company with the Dominican Justice in March 2017.

Through a statement published in Diario Libre, it also affirms that the company has an “unequivocal determination” to continue complying with the agreement and claims to be confident in the way the Public Ministry acts, in compliance with the constitutional norms established by the state of law and legal security in the Dominican Republic.

The construction company refers to the statements of the head of the Anticorruption Office (Pepca), Wilson Camacho, who on December 21 declared that the Public Ministry is studying the possibility of canceling the agreement established with Odebrecht for alleged non-compliance on the part of the company.

Camacho’s statements came after the suspension of the hearing of the trial against Ángel Rondón, Víctor Díaz Rúa, Tommy Galán, Andrés Bautista, Conrado Pittaluga and Juan Roberto Rodríguez, all accused of receiving the US$92 million in bribery that the Brazilian construction company admitted to having paid in the country.

The measure took place in the absence of Pepca’s first witness, former Odebrecht executive Mauricio Dantas Bezerra, who excused himself from not participating in the hearing due to previously assumed family commitments, as well as the difficulties from traveling from Brazil, due to the COVID-19 pandemic.

“The absence of the witnesses Mauricio Dantas Bezerra and Maluf Cardoso is considered by the Public Ministry as a lack of respect on the part of Odebrecht towards the Dominican justice system. As a consequence of the absence of these witnesses, who should be here as part of the existing agreement, the Public Ministry is considering the possibility of annulling this agreement,” Camacho declared upon leaving the First Collegiate Court of the National District. But Odebrecht understands that there are no reasons to cancel the agreement.

The company maintains in its statement that Dantas Bezerra was in the Dominican Republic on December 3 and appeared at the hearing “voluntarily and with the aim of confirming the statements and commitments assumed by Odebrecht in the aforementioned agreement. But the hearing was suspended”.

As a result, the businessman returned to Brazil and along with other company executives was available to testify remotely from the Embassy of the Dominican Republic in Brazil, but they were not granted the privilege, requested due to the crisis caused by the COVID-19 pandemic in the South American country, said the company in its written statement.

Through the agreement with the Attorney General’s Office, the Brazilian company undertakes to collaborate with justice and compensate the Dominican State with 184 million dollars, in exchange for not being criminally prosecuted in the country.

“Indeed, and as a responsibility assumed by Odebrecht in the face of the facts declared and admitted by its former executives / collaborators under the agreement, Odebrecht delivered to the Attorney General’s Office all evidence, agreement, information, document, data, report, statement, testimony, plea and cooperation agreements and other documents for the verification of the facts admitted by their former executives / collaborators,” pointed out the Brazilian company in the statement.