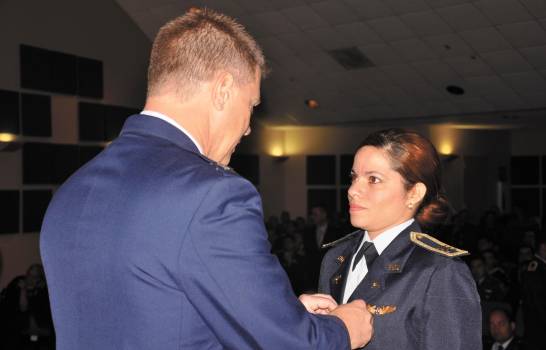 Santo Domingo.- Women continue to gain ground in command positions in the Armed Forces, although they still have a long way to go to achieve equal representation in positions that involve decision-making.

On Monday, the females conquered a new rung, after Lt Col. María Tejada Quintana was appointed head of the Combat Squadron of the Dominican Republic Air Force, becoming the first woman to occupy the position.

Tejada’s historic designation joins that of Lt. Col. Lee Geady Mateo Ramírez, who in September 2020 was appointed as commander of the FARD airlift squadron, being the first Dominican woman to lead an operational flight battalion.

Woman giving them power and given them so called positions of high ranking” is never a good idea, it will lead to them having a ego trip that will lead to spirit of confusion. Woman are weak and seek love through the father” pleased lets not go to hell overnight with this proggresive laws, abidaner needs to pump his brakes with his liberal ideas 😒