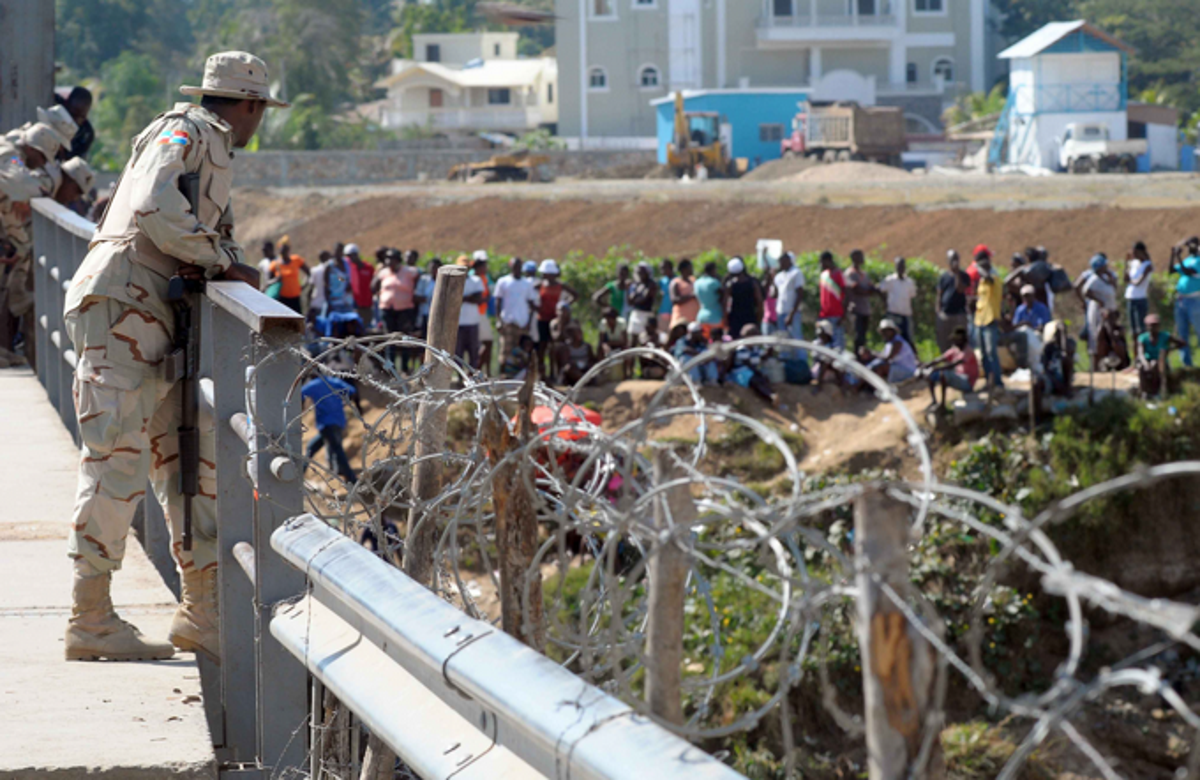 The Army and Migration reinforce operations on the border and Northwest to prevent the entry of illegals.

The Army and Migration reinforce operations on the border and Northwest to prevent the entry of illegals.

The Army increased surveillance in the border area and the Northwest Line to prevent undocumented Haitians from entering. As a result, in less than two months, at least 11,637 citizens have been arrested and returned to Haiti after being purged.

The commander of the Fourth Brigade of the Dominican Republic Army based in Mao, Colonel Germán Rosario Pérez, said that operations had been reinforced at strategic border points, roads, mountains, highways, and that abandoned buildings and houses are being requisitioned that can serve as a refuge for illegal Haitians.

He maintained that the operations are carried out with the help of Migration inspectors.

The military commander indicated that Haitians who have their documents in order are not disturbed and that soldiers allow their free movement without setbacks.

The senior military official acknowledged that, many times, undocumented Haitians become violent, but that they still respect their rights and defend the guards’ physical integrity.

He also assured that they recognize that they are human beings who, due to different circumstances, enter the country clandestinely, but that the military and migratory authorities have to comply with the law, and that is why they do not hesitate to persecute, imprison and return them to their country, complying with all the legal protocol and respect for their fundamental rights. However, many of the immigrants detained by the Army in the four provinces of the Northwest and repatriated to their country by the Migration authorities, warned that they would look for a way to return because of kidnappings, insecurity, political crisis, lack of food, water, electricity, unemployment, have Haitians desperate.

Espinarys said he lives in City Soleil, Port-au-Prince. Along with other Haitians, they decided to make the crossing using the Cap Haitien route, Juana Méndez, until crossing the border of Dajabón.

He indicated that he decided to emigrate to the Dominican Republic because he feared being kidnapped since one of the gangs kidnapped his uncle, who had a small business. To free him, he paid a ransom of two thousand dollars and sent the kidnappers a van.

“They tell me that he emigrated to the Dominican Republic, my intention was to travel to Santiago where I have relatives, but there are many checks and military patrols and I did not manage to do it and instead they arrested me and they are going to return me, bad luck,” he lamented.

Kidnappings.
“Look at many kidnappings, a lot of crime, hunger, unemployment, violence at all hours, lack of electricity, water, food, closed schools, anyone who can, flees,” said Ouanise Pierre, an illegal immigrant. He, along with others, was waiting to be returned to her country.