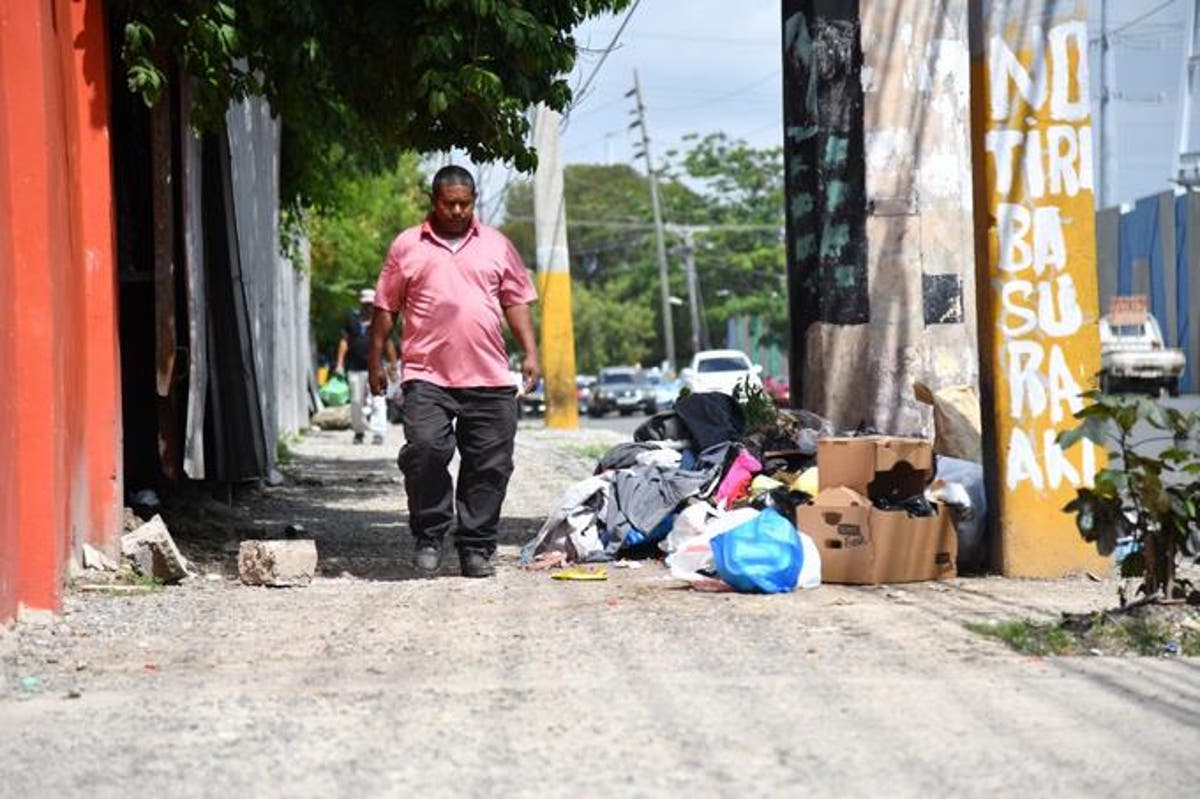 Neighbors say that this problem generates others.

Garbage in Santo Domingo East continues to be a “constant evil,” according to several residents of the Ensanche Ozama sector.

This was stated by Roberto Aquino, in charge of communications of the Neighborhood Board of the referred locality, during a conversation with journalists of the Listín Diario.

Aquino complained that the City Council of Santo Domingo East (ASDE) takes about six to seven days to collect the garbage accumulated in the sector.

“The day before yesterday a truck finally passed by and picked up part of it. This around here looks like a dump. The garbage is not picked up as it used to be collected daily or every other day,” the citizen revealed.

In that sense, he added that the trucks that collect trash “do not pass frequently.”

“The garbage accumulates and the dogs break the plastic bags when the trash accumulates for two or three days. Even dead animals are thrown there,” he said.

Roberto also expressed to this media that the relevant authorities “are only in charge of cleaning Venezuela Avenue and the busiest areas, but in the widening and residential areas it is a real garbage dump.”

Additionally, he noted that the problem persists in the Ozama widening and extends to other areas of the Municipality of Santo Domingo East, such as the Alma Rosa sector.

“We pay people to collect garbage, we have to give our own money and buy containers so that the waste does not overwhelm us,” he said.

Some residents of the town confirmed the statements of the representative of the Board of Neighbors while highlighting that the breeding of mice, mosquitoes, and stray dogs has been increasing due to the low frequency of garbage collection.

On the other hand, Roberto Aquino revealed to this media that another of the problems is the storm drain, since, in times of rain, the streets become “a sea of water,” thus intensifying multiple diseases.

He said that one of his neighbors, out of “desperation,” put her house up for sale since “she cannot stand the accumulation of waste, the stench and the flooding in rainy weather.”

Both Roberto and the rest of the community “hope” that the corresponding authorities will take action on the matter.

The new national government of this past year has marketed itself as being transparent. Well, this transparency needs to spread into the municipal governments of the Ozama expansion area to pull down the screens that block responses as to why garbage collection is awful. One can only guess the neighborhood board did not obtain any comeback from the governments and the only remaining means to make them answer is to scream harder at them through the bullhorn of the media.

This lack of efficient and timely garbage collection is unhealthy and shameful.

The disgusting garbage here in Bavaro walking to and along tbe beach is unacceptable. Last year it was bad and this year even worse. I can see an infestation of rodents if something isn’t done soon. I am here for 6 months but maybe will be my last time as a tourist in Dominican Republic.