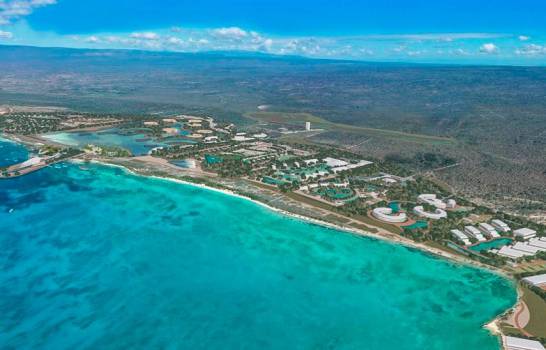 He broke ground to begin the access road and other improvement works.

But the definitive master plan for this ambitious public-private project that plans to build hotels and generate up to 30,000 direct jobs has not been disclosed.

“Before the master plan was made public, it had to be approved by the government authorities and, obviously, by the President of the Republic,” Sigmund Freund told Diario Libre.

“We made (a month ago) the presentation to the president, we took it to him, the president approved the plan with some suggestions, so the job of the architects and engineers at this time is to adapt those suggestions.”

The official set this November as the date to announce the final design of the project with which the Government seeks to develop Pedernales, a border province with a low human development index, but with exploitable tourist resources.

I hope this plan does not happen. This is one of the most beautiful places that I seen in DR!