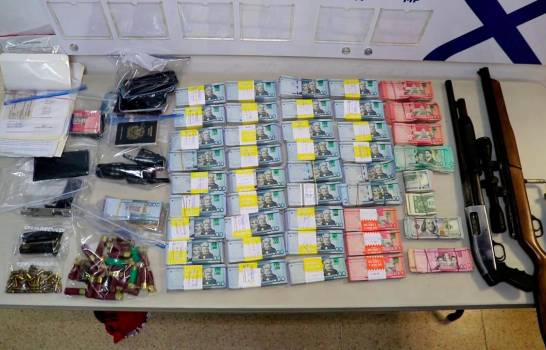 Santo Domingo.- Prosecutors and agents of the National Drug Control Directorate (DNCD) arrested 15 people, seized different types of narcotics and weapons, during an operation against micro-trafficking carried out in different sectors of Santiago, as part of Operation Larva.

The authorities reported in a statement that several of the detainees will be subjected to the jurisdiction of Santiago, including Luis Amauris Pimentel García (Manito), brother of drug kingpin Joel Pimentel.

They also indicated that Alcides María Espinal González, one of the main drug traffickers of the Northwest, will be sent to the judicial district of Montecristi, where he has pending the execution of arrest warrants for drug trafficking and homicide.

It is reassuring to know the drug busts are continuing. It would be interesting to see comparison figures: amount of busts, $ value, quantity of drugs, type of drugs, arrests, and convictions from previous years.