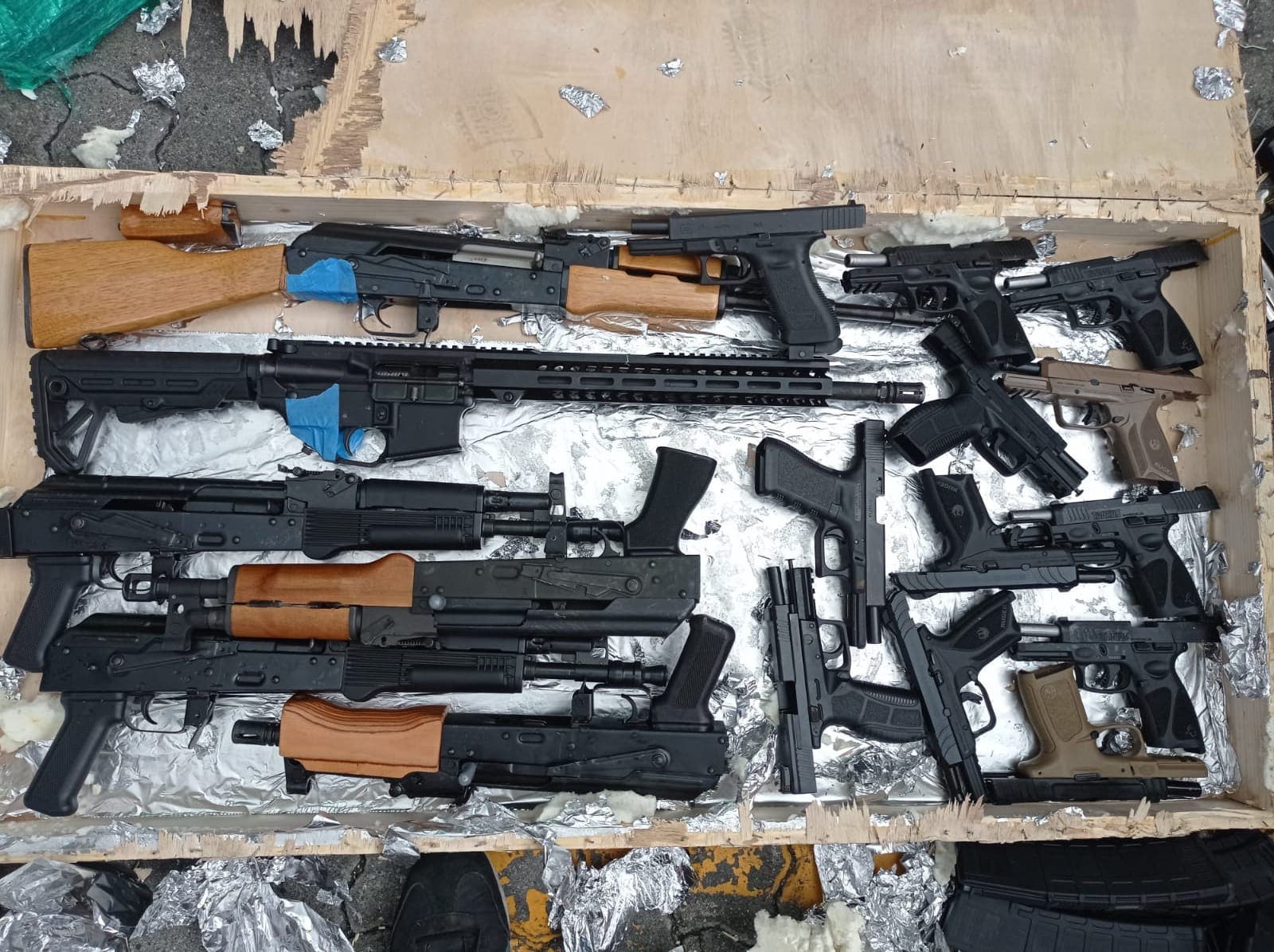 This seizure was made in coordination with the Jstice Ministry and the General Directorate of Drug Control (DNCD).

Through this inspection, a total of 33 firearms, 350 units of ammunition and 56 units of magazines were detected, hidden in two boxes saying “contain folding tables.”

According to the Intelligence report, the weapons were declared as “packages with various merchandise for the home.”

The editor of this news site needs to check its grammar. It is guns not gums.