The humpbacks are back again 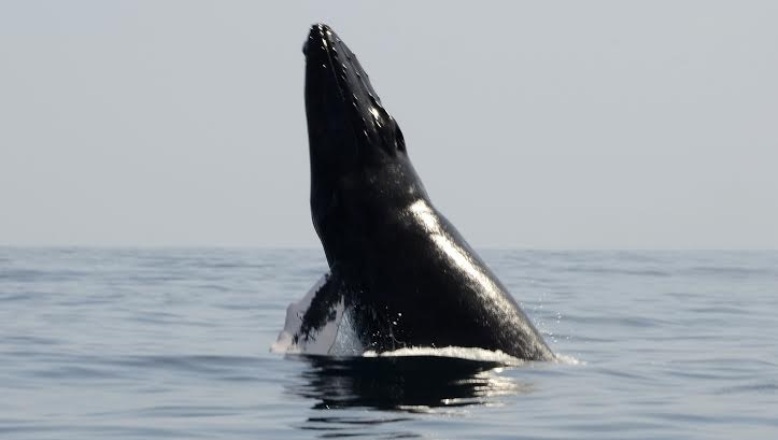 Santo Domingo.- The Bay of Samaná and its surrounding waters, and in particular the Sanctuary of Marine Mammals, the  Silver and Christmas Banks, onece again become one of the most impressive spectacles of nature, with the return of humpback whales from the North Atlantic.

The dance that perpetuates the species and the different acrobatics of these marine giants from this January 15 until the end of March, when they begin to make their appearance in the warm Dominican waters, represent an attraction for thousands of visitors who come every year quote for your enjoyment.

There, in their natural habitat, where they come to reproduce and mate, the whales come to say: “We are still here, as a sign of the resilience capacity of the marine ecosystem, despite the level of pollution that you (humans) generate. now to the oceans, to the seas, change that behavior for the good of all.”

They also invite you to enjoy their jumps, their songs and see how life flourishes and remains through their calves; They cry out that the spectators do not make their surroundings unlivable by throwing debris.

Hurray! I am from Canada visiting next week, I have a whale watching tour saterday 22nd. Glad to confirm they have arrived. See you soon!

Awesome! Coming back in February, looking for a captain with own boat (and anyone who’d want to join small 4-8ppl company to split costs) to visit Cay Levantado, and Playa Rincon from Bavaro!

I’ll be glad to join a group on boat and snorkel calmly without any engine – radios- but respect these wonderful creatures as gift of nature during few days … I had this chance to dive with one whale once and I’ll never forget this in my live I’ll be happy to get this chance to be in water would it be possible with some divers ?