Official: 7+M tourists to visit despite US blizzards 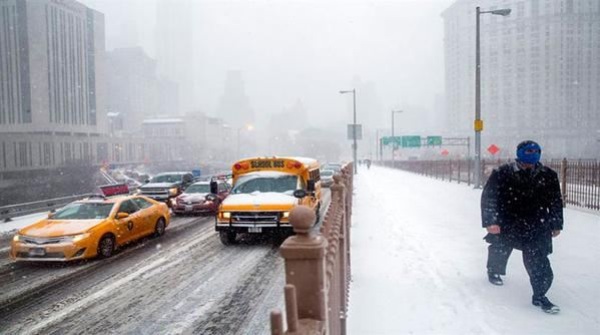 Santo Domingo.- The interim general director of the Dominican Institute of Civil Aviation (IDAC) Héctor Porcella, affirmed that the flights suspended at the end of January began to recover in February, as soon as airport operations were resumed on the east coast of the United States.

The official considered that the blizzards registered in the United States, the main source market for tourists from the Dominican Republic, will not affect the projection outlined by the country’s tourist authorities of receiving more than 7 million visitors by air in 2022, in addition to the growing number of passengers arriving by sea through the cruise terminals of Puerto Plata, La Romana and Santo Domingo.

In this sense, he highlighted the dozens of new routes and operations approved in the first session of the year of the Civil Aviation Board (JAC) and another 35 flights that will be certified by the IDAC in the first quarter to connect the country with cities in the United States. , Canada and Latin America.

The companies in the process of certifying flights are: Logic Pak, a member of Sky Cana, which is already operating as a Dominican airline; Evelop, from the Barceló Group, based in Madrid and Lisbon; and ARAJET, product of a merger with DW Dominican Wings.