Inside job: over a ton of drug seized at biggest Dominican port 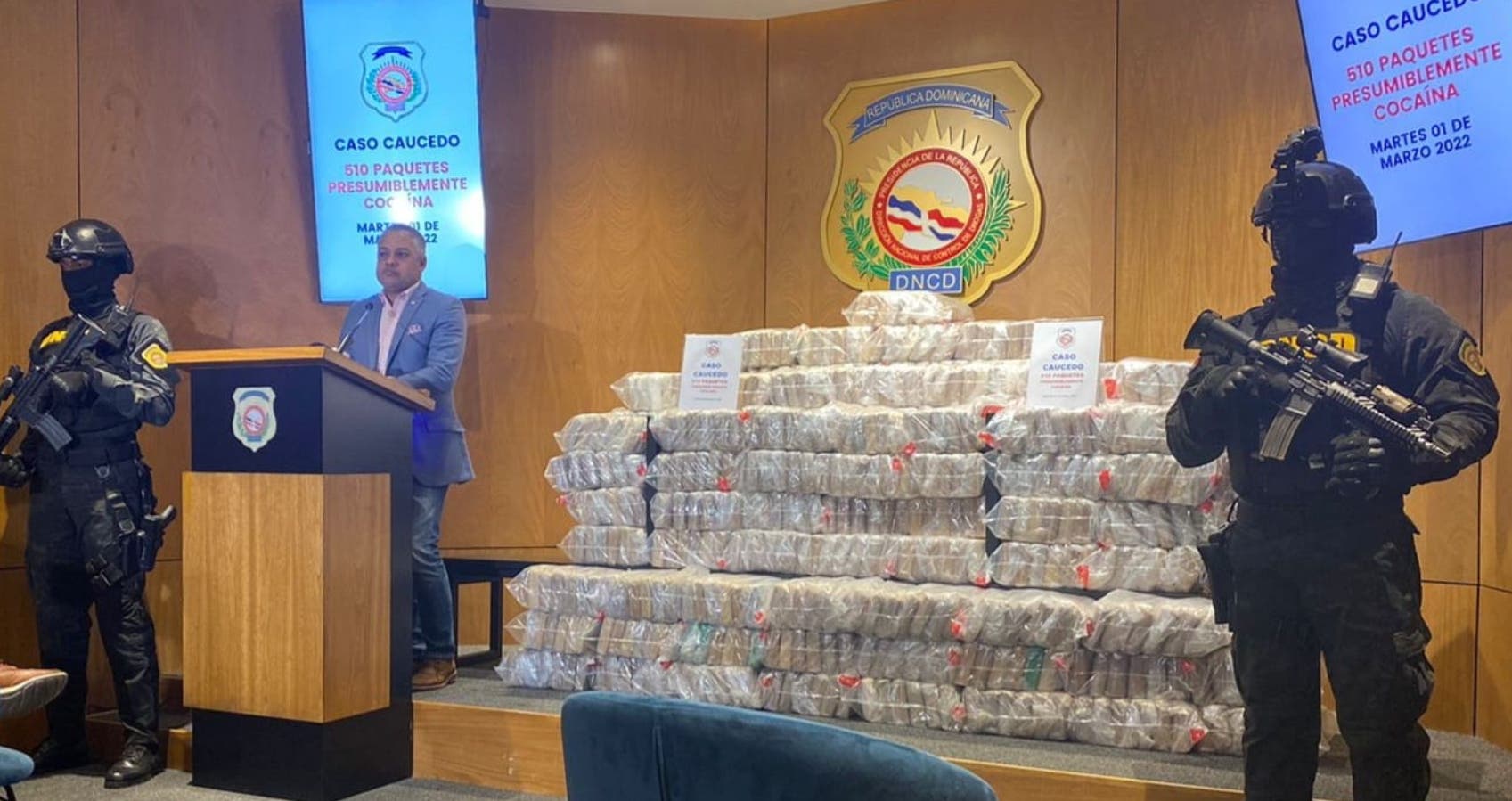 Santo Domingo.- The National Drug Control Directorate (DNCD) seized 510 bricks of cocaine at Caucedo Multimodal Port when they surprised, in the middle of an operation, a group of employees and truckers trying to extract them from that terminal.

“Anti-narcotics agents with the support of the Military Security of the port, noticed an unusual movement in one of the blocks while inspecting dozens of containers that had arrived at the terminal from Peru,” it said.

After carrying out the intervention process, they surprised several individuals, who are presumed to be employees of the terminal and truck drivers who provide services there, trying to remove several bales of a substance from a container. “Upon noticing the presence of the authorities they boarded the truck. and they fled, confronted the authorities with gunfire and managed to break a part of the perimeter fence.”

After managing to evade the pursuit, the individuals abandoned the truck affiliated with a union that provides services in said terminal and entered a wooded area near the port, for which the body and intelligence agencies activate their location.

Inside the vehicle, 13 bales were occupied and another four in the container blocks for a total of 17, containing the 510 packages of the substance, a blade, a shear, and a pass.