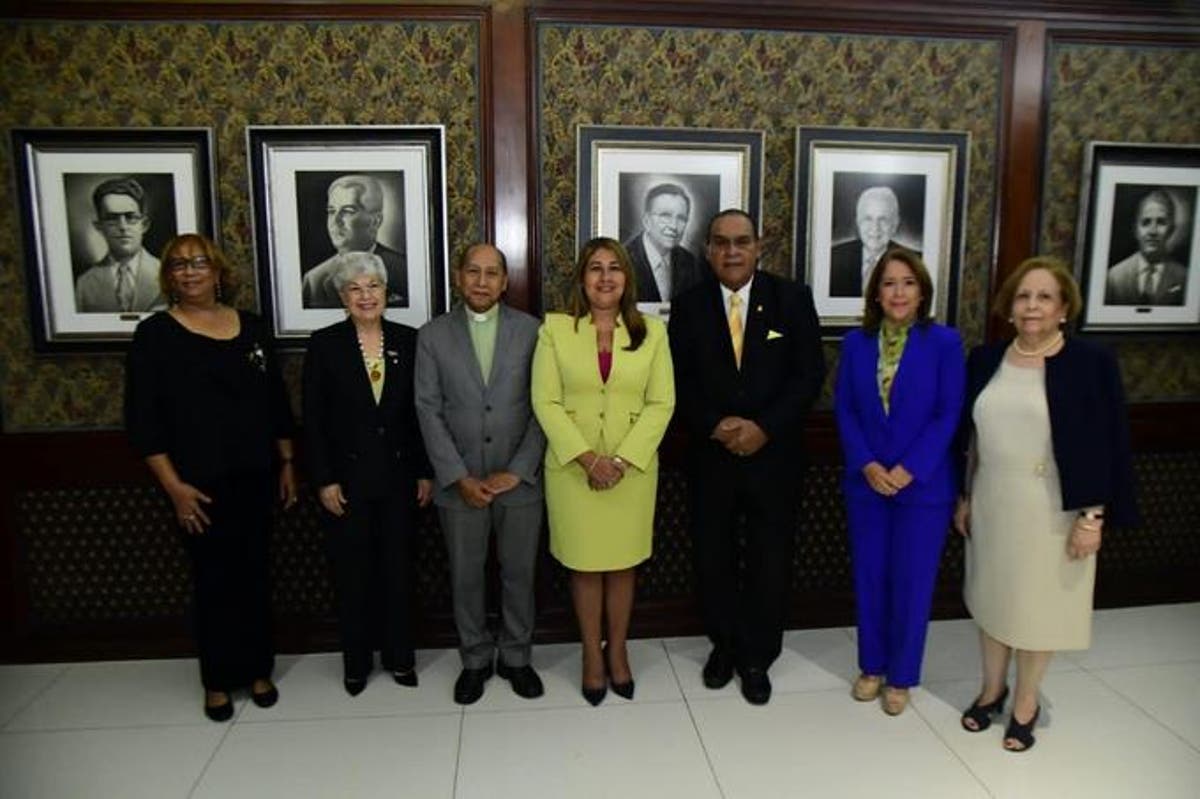 Currently, in the Dominican Republic, there are 875 Non-Profit Associations (ASFL), dependent on the Ministry of Economy, Planning, and Development (Mepyd), for which they receive budget funds that, together with five representatives of civil society, work in favor of people with motor limitations and therefore have become a driver of favorable public policies for the most dispossessed.

ASFLs such as Fundación Sur Futuro, PROFAMILIA, the Dominican Rehabilitation Association, and the Instituto de Ayuda al Deaf are part of the ASFLs that carry out important aid service programs for people with limited resources.

These NPOs are part of the National Center for the Development and Promotion of Non-Profit Associations (CASFL), directed by Vielka Polanco, who attended the Listín Diario Breakfast in the company Kathia Mejía. Melba Barnett, María de Jesús de Mansfield and Augusto Sandino Sánchez.

It is also part of the new management of civil society, Red Misericordia, ASFL, that assists boys and girls in street situations (abandonment, drugs). It is a foster home that operates in Santiago de los Caballeros.

During the meeting, Vielka Polanco explained the operation of the NPOs and the strict control and transparency with which the public funds managed by the NPOs are managed after a purging process was carried out when they assumed the Government.

He argued that the center only promoted an increase of 6% in the budget they manage for the nursing homes.

The CASFL has an annual budget allocation of RD$2,000 million. They have two residential and one outpatient programs with these funds.

What is the function of the CASFL? According to Polanco’s explanations, its main objective is to support the AFSL since they submit development projects and present them to the center.

This year, he explained, 8,000 organizations are registered. Approximately 4,000 are active, with 1,115 applications that will be evaluated for allocating funds from the national budget for the next year 2023.

He indicated that this year the longest term in history was given in this call that lasted 77 days, from March 1 to May 16, 2022.

By 2023 there are 801 organizations in the call, according to a preliminary report. Polanco indicated that controls and accountability have been established in the NPOs with the understanding that the key is control and follow-up.

It has a Code of Ethics and they also develop a Capción Plan, they explained. During the January-March quarter of this year 2022, 58 authorization certifications were issued and 77 tax exemption requests were processed through VUCE. The amount of the tax sacrifice was RD$31.8 million.

Associations
In the case of Rehabilitation, which has 60 years of operation and service, 40% of the national budget is used. Now it’s 20%, he said. In 2021, Rehabilitation served 6,000 patients per day across the country, including those receiving therapy. A large number are motorcyclists and then people with congenital problems.

The representative of Sur Futuro, Mejía, explained that the ASDL are facilitators since they channel the collaborations that the State wants to send to the communities. As María de Jesús, she stated that education is essential to achieve a change in people’s lives and explained the satisfaction of helping people with disabilities. She regrets that deaf and dumb people do not find services in hospitals or schools.

Through PROFAMILIA, Barnett indicated, that last year 330,646 sexual and reproductive health services were provided. In 2020, 3,013, 177 contraceptives and products were distributed and of those 1,340,187 were oral contraceptives. They operate seven clinics where services have increased.

On the border
As part of the territoriality work carried out by the Mepyd, the CASFL is in a process of supporting entities that present projects on the border, due to the fact that an allocation of 30% of the funds of the ASFL to stimulate border development.

He stressed that the Mepyd has a territorialization policy with the aim of creating links between central and local governments.

As part of the development of the border, a dialogue was held with the Alliance for the Development of the Border Zone, from the provinces of Monte Cristi, Dajabón, Santiago Rodríguez, Elías Piña, Bahoruco, Independencia and Pedernales.

Polanco Volunteers
and representatives of civil society valued the recognition of the work carried out by volunteers. They highlighted the importance of the recent regulation issued by the Executive Branch.

Law 122-05
The National Center for the Development and Promotion of Non-Profit Associations (CASFL) was created by Law 122-05, on the regulation and promotion of non-profit associations, attached to the Mepyd.

Its policies are aligned with the National Development Strategy (END) and the Sustainable Development Goals (SDG).

It is made up of six government institutions and five representatives of civil society, whose two-year term began last January.

Non profits that are financed by the US? That’s profitable. They are there to push for certain agendas and narratives. Most of them are related to promote illegal immigration and open borders for the benefits of foreigners in detriment of the Dominican Republic.

They are not there to promote illegal immigration, period. If they were, the government would disband them. They are in the country to improve the well-being of the population.

Yes! Some of them are aiding and abating the illegal to stay in the country with the goal of getting political power. You are not in the grounds to make claims that you have no clue of! Some NGO’s are simply getting funds to help them at the border and the church is another institution who helps and assist them to stay in the country!

Wonder how many of these 875 non-profits are shell organizations?

This work is so important. The government could do more by streamlining their own services such as the issuing of ID cards to Dominicans. Thousands of low income citizens never got a card when they were born. They are not able to afford abagados to filter thru the government process simply to get an ID card. Can the local Junta Electorals not be given the power to authorize cards for local families without ID cards ? Everyone in the community knows who is Dominican.

This is an excellent situation where the intervention of a non-profit could facilitate obtaining ID cards for Dominicans without resources.