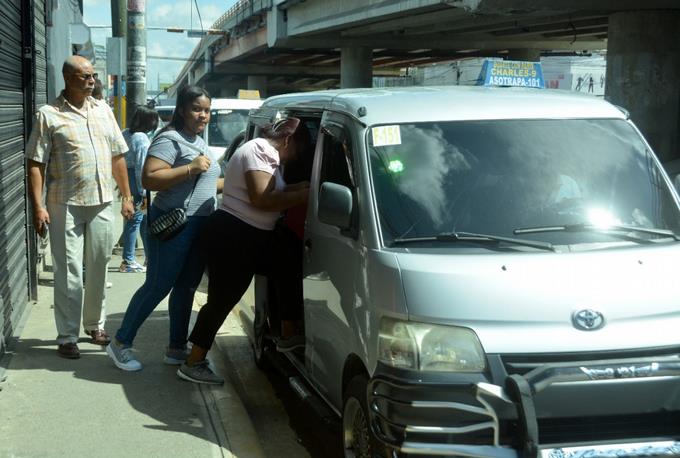 The cars that previously offered “concho” service in the corridors of Greater Santo Domingo and that had to be taken off public roads remain in their owners’ hands, although in other tasks.

When asked about the final result of the vehicles they used to “conch,” the drivers stated that some were rented and delivered, and others were sold or used for “personal transportation.”

The objective of the agreement made between the drivers’ unions and the National Institute of Traffic and Land Transport (Intrant) was to remove the cars in a state of scrap metal from the streets of the Capital. Still, the reality is that the institution of the order has not yet implemented the process. In the corridor of Winston Churchill Avenue, there are around 74 drivers in their facilities operating and 47 buses. However, most have declared that they do not use the same anymore if they have given other purposes to the cars.

“Well, there are some who emigrated to other routes, others continue to use them personally, but since they are working here in the corridor, they only do it to come to work,” explained the person in charge of the route Wilson Ogando Lebrón.

The Núñez de Cáceres corridor has five buses for people with reduced mobility, 25 without platforms for the disabled, and 60 drivers.

Unfinished process
“What the law says is scrapping, and those vehicles are out of service, some of them are still used by their owners, or they will have them rented, the formality of the law is that the state must pay for these vehicles and turn them into scrap through the Intrant and that process has not been finished, we have been waiting for almost a year, it is a very difficult process due to the bureaucracy that exists for that, the drivers do not want to deliver a vehicle, that they then are given a receipt and then not know if they will deliver his money,” added Luis Rosario, who serves as president of the Núñez de Cáceres corridor.

The Charles de Gaulle corridor has around 80 drivers under its jurisdiction who, under the stated conditions, have also not delivered their old work tools.

The requirements established to carry out this process are an inventory of all the cars by the State, verifying if the owner is the person who was part of the broker, checking that it is up to date with the DGII, and, finally,,, the sales contracts. And discharge between the owner of the vehicle and the Intrant until its final destination, the withdrawal.

The pirate routes
Some in association and others continue as a saying quotes “sleeve by the shoulder,” they specify that they are not “competition” for the runners, since they reach places where the buses do not match. They detailed that crime is “breathing down their necks” and that many have been robbed of their vehicles.

These conchos are the opened face example of government, the police, not doing their jobs of getting all junky vehicles off the streets.

The police will stop a new vehicle for a seatbelt infraction. Yet, they will turn a blind eye to a junky with a cracked windshield, shattered headlamps, bald tires, broken springs and twisted axles. How many of us have seen street vendors trucks exhibiting the same and the police will walk by them?

Public safety is a phrase in the country, not an enforced concept.

Dont like it leave the country. You rich gringos come here then complain about everything. So only you…. should be allowed to drive? How do you expect a dominican to afford a nice vehicle when you gringos move here, rent all the homes causing prices to rise, buying up property, starting illegal businesses. The average dominican cannot compete with your thieving complaining gringos.

Dont like it leave the country. You rich gringhoes come here then complain about everything. So only you rich gringhoes ****ers should be allowed to drive? How do you expect a dominican to afford a nice vehicle when you gringhoes move here, rent all the homes causing prices to rise, buying up property, starting illegal businesses. The average dominican cannot compete with your thieving complaining gringhoes.

Last edited 3 months ago by The Truth Hurts
8
Reply