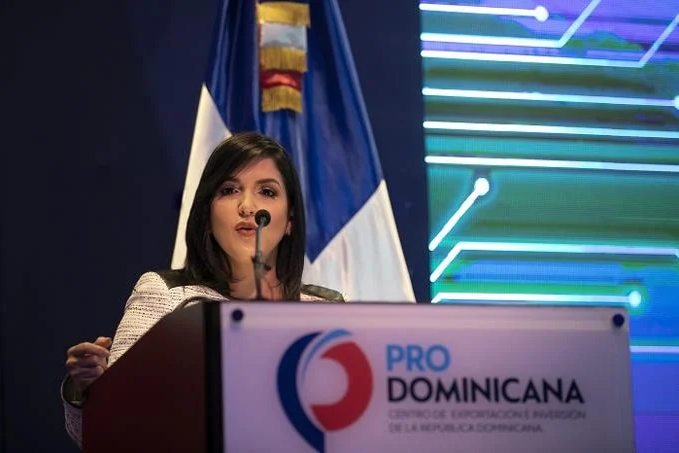 Santo Domingo, DR
The Dominican Republic Export and Investment Center (ProDominicana) reported that merchandise exports reached a total of US$6,305.2 million during the January-June 2022 period, presenting an inter-annual growth of 10.7% concerning the same period of the previous year, 2021, and 29% concerning the pre-pandemic year 2019, according to preliminary customs records of the Directorate General of Customs (DGA).

Biviana Riveiro, executive director of ProDominicana, said, “The growth experienced by Dominican exports is the result of the strategic vision and alliances, under the framework of the National Export Promotion Plan, the Trade Promotion plan, and other initiatives.” The US market continues to be the leading export destination during the first half of 2022, accumulating a total of US$3.21 billion, equivalent to 51% of total exports. In terms of relevance, it is followed by Haiti with US$590 million and a 9.36% share, Switzerland with exports of US$525 million and an 8.33% share.

In turn, a total of 56 markets experienced positive growth in exports in the January-June 2022 semester. Of these markets, the United States stands out in the first position with an increase of US$297 million in addition to that exported during the previous month. Similarly, Haiti shows an absolute growth of US$139.3 million and China with an additional US$96.2 million in the same direction.

As in other periods, gold exports are in the first position with US$660 million during January-June 2022; this product is followed by international sales of cigars with US$509 million, and medical instruments and apparatuses are in third place with a total of US$479 million. The most exported agricultural products during this first semester were: bananas with US$106 million, cocoa beans with US$105 million, rum with US$65 million, and avocado with US$44 million.

“Among the products with the greatest dynamism, medical instruments and apparatuses stand out with the highest growth in the period January-June 2022, accumulating an absolute variation of US$116 million additional to those exported during the same period last year. Similarly, ferronickel is positioned among the products that lead the growth of Dominican exports in the period analyzed, representing a total of US$101 million additional to the previous year,” Riveiro emphasized.

In monthly terms, Dominican exports during June 2022 generated US$1,112.8 million, with a growth rate of 11.65% over the same month of the previous year. This growth is explained by free zone and national exports, which showed an inter-annual increase of 14.25% and 8.52%, respectively.

Riveiro highlighted that these results position June as the month with the highest value exported in the Dominican Republic, surpassing the historical record achieved in 2021 for this same month.

The executive director of ProDominicana pointed out that the institution maintains its enthusiasm and commitment to the promotion of exports and the attraction of foreign investment to the Dominican economy, considering them part of the essential pillars for the path of economic recovery, development, and the quality of life of Dominicans.

Im shocked china is not leading in Exports over United states; Specially since the Pld Party sold the Souls of Dominicans in 2019; with the trade agreement 3.2 billion dollars ” after that trade deal happen, you notice How the smear campaign of Tourist alcohol deaths started circulating in United states media” 🤔

Yeah there was a campaing to tarnish Dominican touism..