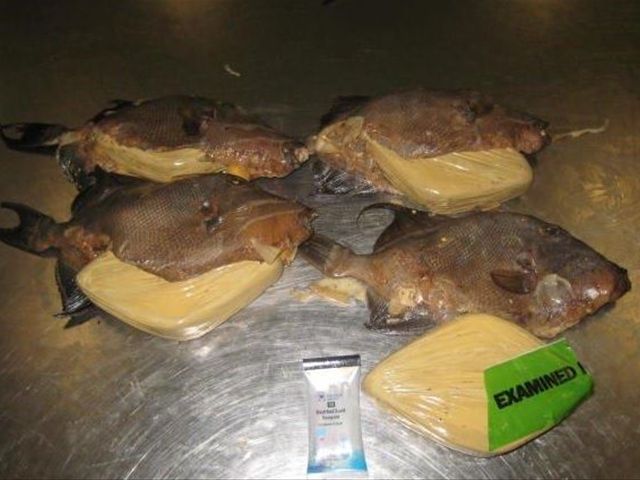 Washington.– U.S. Customs and Border Protection has compiled its list of top 10 seizures of 2015. The list illustrates the important role CBP’s officers and agents play in protecting the nation against threats to communities across the country, as well as enforcing the nation’s immigration laws.

“The men and women of CBP serve tirelessly on the frontlines 24/7 to protect our nation’s security and economic prosperity,” said Commissioner R. Gil Kerlikowske.

“CBP officers, agents, and agriculture specialists remain vigilant while patrolling the borders and processing legitimate travelers and cargo for entry into the U.S. every day.”

The seizures represented demonstrate the various ways transnational criminal organizations try to smuggle narcotics and people into the country on the border or at a port of entry; agricultural threats found among thousands of meat, plant materials or animal products processed daily; and the efforts of CBP with other law enforcement agencies to stop drug trafficking in the transit zones around Central America.

U.S. Customs and Border Protection is the unified border agency within the Department of Homeland Security charged with the management, control and protection of our nation’s borders at and between the official ports of entry. CBP is charged with keeping terrorists and terrorist weapons out of the country while enforcing hundreds of U.S. laws.