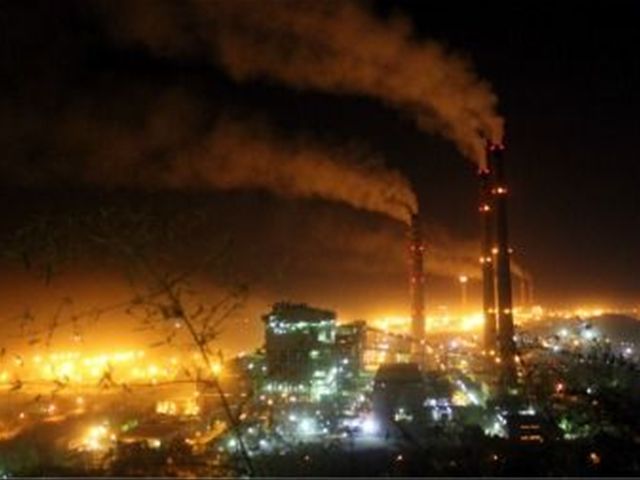 Beijing, 28 February 2017 – China is forecasting a significant drop in CO2 emissions of approximately 1%, according to Greenpeace East Asia’s analysis of China’s National Energy Administration forecasts for 2017. This would be the fourth year in a row of either zero growth or a decline in CO2 emissions.

The encouraging news reinforces China’s growing status as a global climate leader, and sends a strong signal to US President Trump that his dirty energy agenda will send the American economy in the wrong direction as the rest of the world moves forward.

Statistics released today from the Statistical Communique on Economic and Social Development show that coal consumption in 2016 fell for the third year in a row, by approximately 1.3%.

“China is plowing money into renewables and reining in its addiction to coal. As Trump’s rhetoric leaves the world in doubt over what his plan is to tackle climate change, China is being thrust into a leadership role,” said Li Shuo, Greenpeace Global Policy Advisor. “These trends give some hope that the global peak in emissions might well be within reach, but only if all major emitters break free from fossil fuels and reduce emissions.”

“The United States should be one of the countries leading the world on climate action, doubling down on renewable energy and drastically cutting emissions. Instead, we are a global roadblock, thanks to Trump and his cabinet of billionaires.”

“While the Trump administration proposes huge cuts to federal climate-change programs and vows to ‘cancel Paris’, the majority of the people in the United States want action on climate change. Trump would know this basic fact if he listened to anyone but the last fossil fuel executive he dined with at Mar-a-Lago, or if he listened to facts at all. The United States Congress has to listen to what the people want and stop our delusional President from sabotaging global progress on the most urgent issue facing the human species.”

Greenpeace East Asia’s analysis shows that China is virtually certain to overachieve its 2020 climate targets and could be on track to a much earlier CO2 peak if the rapid shift to clean energy and away from over-reliance on polluting industries continues.

After almost two decades of relentless growth, China’s CO2 emissions have remained stable since 2013, after leveling off in 2014 and falling for the first time in 2015. 2016 saw another year of zero growth, while 2017 is expected to see a substantial decline in CO2 emissions. This trend has enabled global emissions to stay stable since 2013.

Preliminary information indicates that China’s total energy consumption grew 1.4% in 2016, a slight pick-up from 2015 but continuing the dramatic slowdown since 2013. Coal consumption fell by approximately 1.3%, while coal output shrank by a dramatic 9%. Non-fossil energy continued to grow at a rapid 12%, having covered all of China’s electricity demand growth since 2013.