US stops boat with US$17M of cocaine in Puerto Rico; 2 aliens arrested, including ‘Dominican’ 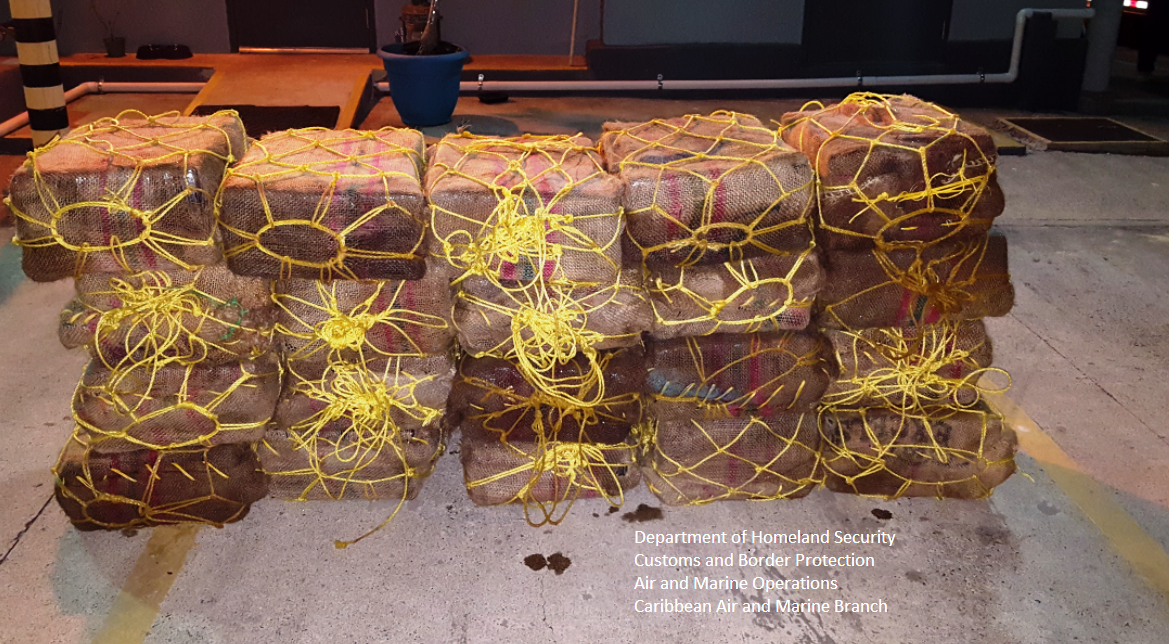 Aguadilla, Puerto Rico – U.S. Customs and Border Protection (CBP) Air and Marine Operations (AMO) seized 1320 pounds (600 kilos) of cocaine Wednesday after intercepting a vessel near the southern coast and arresting 2 men onboard.  The estimated value of the cocaine is US$17 million.

A CBP Interceptor from the Ponce Marine Unit approached the vessel 4 nautical miles south of Salinas, Puerto Rico, ordering the subjects on board to stop.

The CBP Marine Agents arrested the two subjects on board, one claiming Dominican Republic nationality and the other Venezuelan, and recovered 20 bales of contraband.

The contraband tested positive to cocaine and weighted approximately 600 kilos.

U.S. Immigration and Customs Enforcement (ICE), Homeland Security Investigations Special Agents assumed custody of the 2 men and the contraband for prosecution and investigation.

AMO is a federal law enforcement organization dedicated to serving and protecting the American people through advanced aeronautical and maritime capabilities.

AMO’s specialized law enforcement capabilities allow AMO to make significant contributions to Department of Homeland Security (DHS) efforts, as well as to federal, state, local and tribal agencies.  AMO conducts its mission between ports of entry, in the maritime environment and within the nation’s interior.