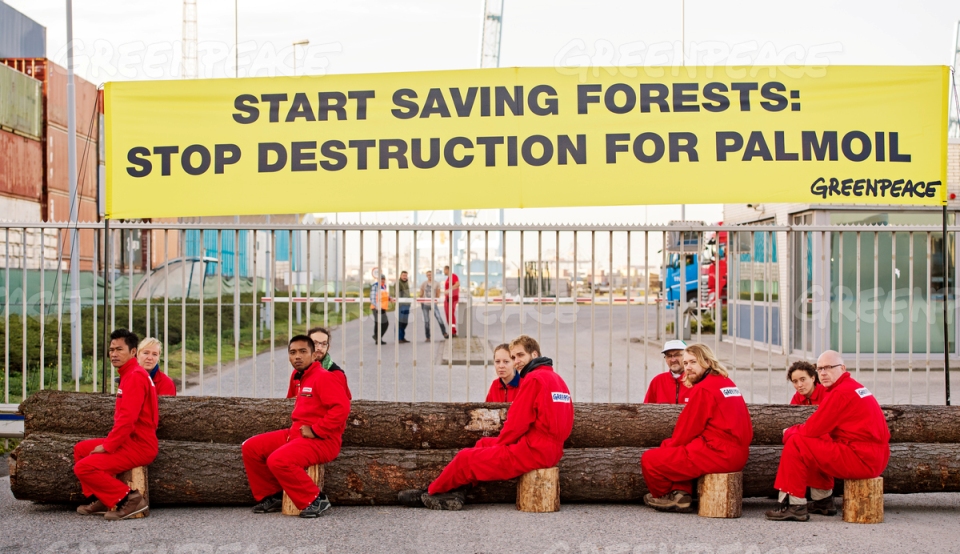 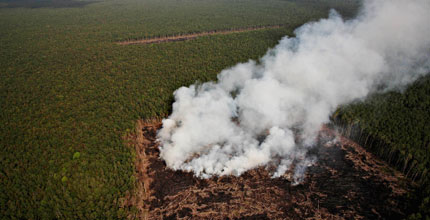 Jakarta, 28 April 2017 – The IOI Group, one of the world’s largest palm oil
traders, today made a significant commitment to address deforestation and
exploitation throughout its supply chain. Greenpeace has suspended its
active campaign to give IOI time to show it is serious about reform.

Today’s announcement comes one year after the Malaysian company was
suspended from the Roundtable on Sustainable Palm Oil (RSPO) for clearing
peatlands in Kalimantan, Indonesia. Dozens of companies including
Unilever, Mars and Nestlé cancelled contracts with IOI as a result.

If properly implemented, IOI’s commitments would be a significant step
towards eliminating deforestation and exploitation in the palm oil
industry. IOI has agreed to independent third-party verification of its
progress in one year’s time.

“IOI has come a long way in the past twelve months, and has now started
taking meaningful action to eliminate forest destruction and human rights
abuses from its supply chain. Greenpeace will be watching closely to make
sure IOI follows through. There is still a lot of work to be done to clean
up the palm oil industry and we expect other traders to respond with action
plans of their own.”

Since January, IOI has begun proactively monitoring its palm oil suppliers
to ensure they are not destroying rainforests or peatlands. It has agreed
to work with NGOs to find a solution to the social conflict between the
communities of Long Teran Kanan and the IOI-Pelita joint venture in
Sarawak, Malaysia. IOI also committed to change its practices to
respect the rights of plantation workers and has commissioned a consultant
to verify its progress on labour issues.

Greenpeace advises companies intending to resume trade with IOI to specify
in their contracts that the company must demonstrate ongoing progress in
line with its Sustainable Palm Oil Policy and the additional commitments it
has made today.

Palm oil is the most widely-used vegetable oil in the world, but the
industry has a well-deserved reputation for rainforest destruction and
human rights abuses. The major palm oil traders have ‘no deforestation’
policies, but have done battle to ensure their suppliers meet these
standards. As a result, many household brands are still supplied by
palm oil growers that destroy rainforests or exploit workers and local
communities.

“Consumers have had enough of the palm oil industry failing to deliver.
Companies cannot keep ignoring forest destruction and human rights abuses.
The only way to clean up the industry is for other palm oil traders to
follow IOI’s lead and start cutting off suppliers that destroy rainforests
or abuse workers.” said Taufik.

Over the past ten years, dozens of civil society organisations have been
pushing IOI to reform. A complaint from NGO AidEnvironment led to the
company being suspended from the RSPO in April 2016. Hundreds of thousands
of Greenpeace supporters took part in the campaign, which included a
blockade of IOI’s palm oil refinery in Rotterdam and a protest at its
headquarters in Kuala Lumpur, Malaysia.

Greenpeace is calling on other palm oil traders, such as Wilmar
International and Golden Agri Resources, to publish similar plans to
identify suppliers that are clearing forests, draining peatlands or
exploiting workers and exclude those that won’t reform.

Companies that buy palm oil should require their suppliers to demonstrate
how they will ensure deforestation and other unacceptable practices are
eliminated from their supply chain.