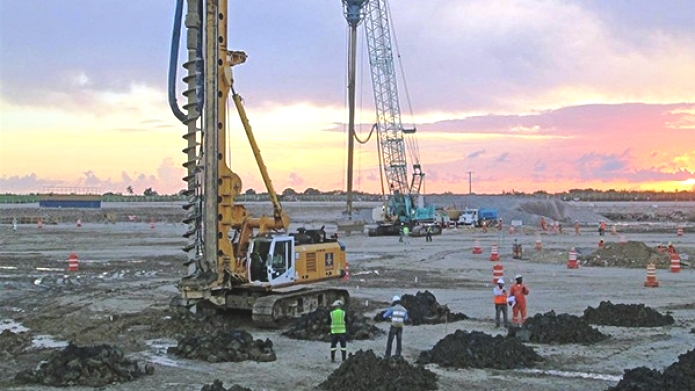 The Netherlands.- European banks must now pull out of financing the US$2 billion Punta Catalina coal plant project following recent confirmation of Brazilian company Odebrecht’s widespread use of bribery to secure construction contracts in Dominican Republic, according to NGOs which have been campaigning to stop the controversial project in the Caribbean country.

On December 22, 2016, Odebrecht’s long-suspected corruption activities were confirmed in a US court action where, as part of a plea bargain, the company admitted to paying officials to help secure lucrative construction contracts in 12 countries, including Dominican Republic.

An investigation into Odebrecht corruption in Dominican Republic has been set up to consider the $92 million in bribes which the company admits to having paid intermediaries and Dominican officials for contracts between 2001 and 2014.

Deutsche Bank, ING, Santander, Société Générale and UniCredit have to date disbursed approximately US$320 million out of a planned total loan amount of US$632.5 million for the Punta Catalina coal plant. Odebrecht was awarded the Punta Catalina construction contract in dubious circumstances, which campaigners set out in correspondence to the European financiers in April 2016.

“Following our warnings last year, the banks recognised that there were allegations of corrupt practices in connection with the tendering process, but were prepared to give Odebrecht and the Punta Catalina project the benefit of the doubt. Odebrecht’s confessions in a US law court have now put beyond any doubt the extent to which corruption has been central to its business for more than a decade, with Dominican Republic proving to be one of its bribery hotspots. Responsible investors need to take a zero tolerance approach to corrupt companies and projects, and these big European banks must surely now end their involvement in Punta Catalina.”

In the wake of Odebrecht’s corruption admissions the National Committee against Climate Change has called on the Dominican state’s purchasing and procurement agency to cancel the company’s contract for Punta Catalina and permanently disqualify it as a state contractor.

“Deutsche Bank, ING, Santander, Société Générale and UniCredit have to recognise they took a big bet on a very dodgy coal plant and now accept the inevitable: they cannot condone corruption in one of their investments. Coal plant investments in far away parts of the world not only jeopardise the climate but are also jeopardising the credibility of the banks’ due diligence procedures. They would do well now to call a halt to all coal power financing for good.”