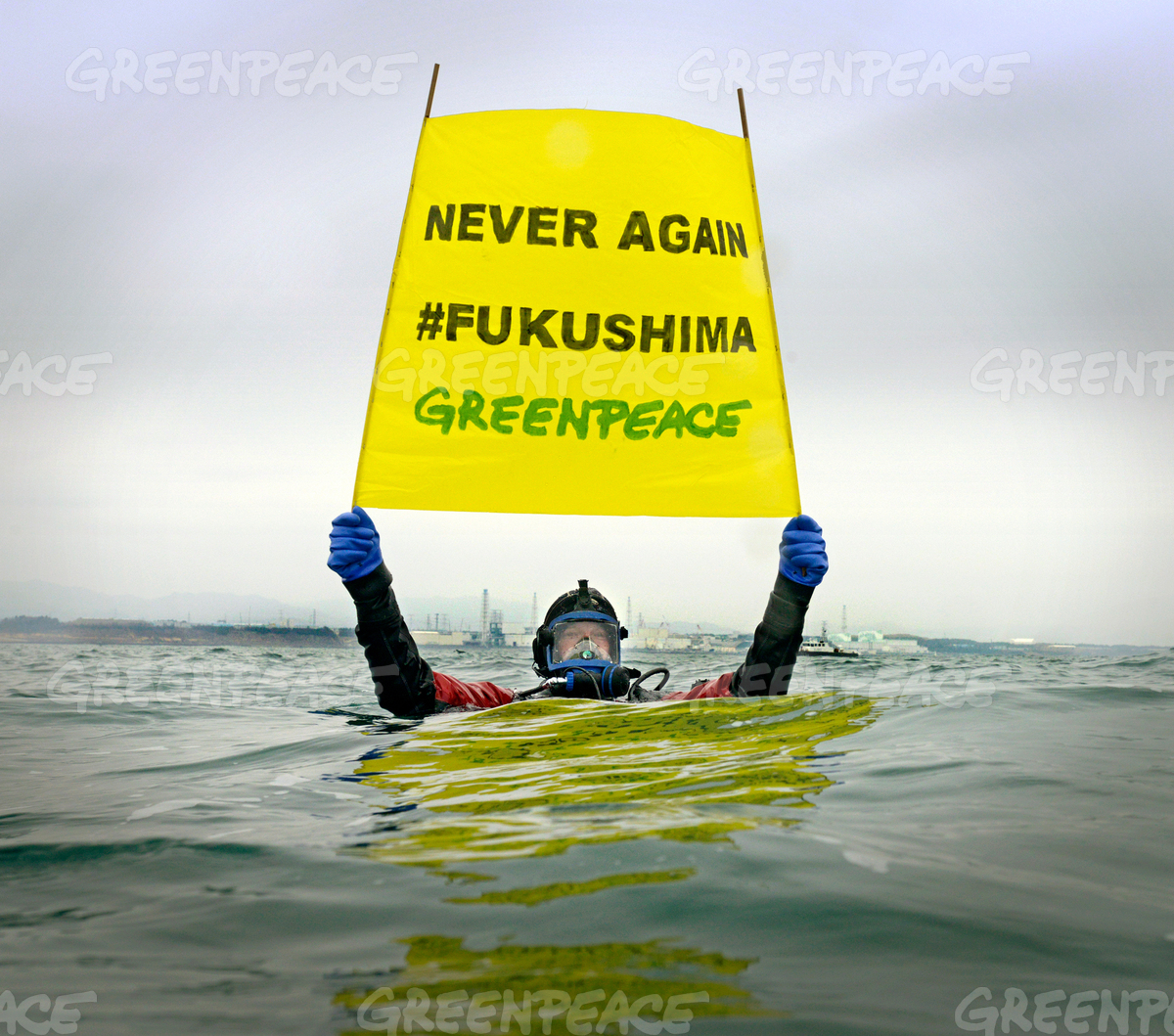 “The NRA’s decision to grant approval to TEPCO’s reactors is reckless. It’s
the same disregard for nuclear risks that resulted in TEPCO’s 2011 triple
reactor meltdowns at the Fukushima Daiichi site,” said Shaun Burnie, Senior
Nuclear Specialist with of Greenpeace Germany. “Approving the safety of
reactors at the world’s largest nuclear plant, when it is at extreme risk
from major earthquakes completely exposes the weakness of Japan’s nuclear
regulator,” said Burnie.

Twenty-three seismic fault lines run through the TEPCO site, located in
Niigata prefecture. The utility admitted earlier this year that due to the
soft sand under the site, areas of the plant are vulnerable to soil
liquefaction.

Despite the NRA decision to grant TEPCO this preliminary safety approval,
there is no prospect for the Kashiwazaki Kariwa 6 and 7 reactors to restart
in the near future. Such a restart is opposed by the Niigata Governor and a
majority of the citizens of the prefecture. The Governor launched a new
technical investigation into the causes and impact of the Fukushima Daiichi
disaster this summer. He will not decide on whether to approve restart
until the assessment is completed in 2020.

In addition, a citizen-led lawsuit against the restart of the Kashiwazaki
reactors is currently underway in the Niigata courts, centered on the
seismic risks at the site.

“This attempt to restart reactors at the Kashiwazaki Kariwa site is a
last-ditch effort to save TEPCO’s nuclear business. Powerful political and
public opposition remains and means that these reactors will not restart
for at least the next several years. TEPCO should abandon its futile
efforts to restart seismically vulnerable reactors and instead focus on
dealing with the ongoing nuclear crisis at Fukushima Daiichi,” said Hisayo
Takada, Energy Project Lead of Greenpeace Japan.

In July, the NRA had warned TEPCO that it would not approve a safety review
for the two reactors unless the utility takes a more active and responsible
approach to the decommissioning of Fukushima Daiichi. This decision to
grant preliminary approval flies in the face of that warning and exposes
the regulator as a paper tiger. Since July 2017, TEPCO has made no major
progress at the crippled Fukushima site. It still does not know where
hundreds of tonnes of molten reactor fuel is located, continues to have a
radioactive water crisis at the site, and has no credible plan for
decommissioning.

Meanwhile, the costs for its ongoing nuclear disaster at Fukushima Daiichi
continue to climb. An estimate from a Tokyo economics think tank earlier
this year warned that the cost of decommissioning the Fukushima Daiichi
plant, plus decontamination and compensation, could range between 50-70
trillion yen (US$449-628 billion).

Currently there are four reactors operating in Japan.