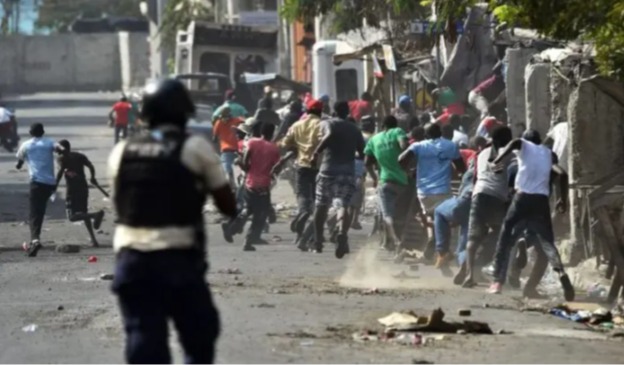 Haiti’s atmosphere has become explosive these days with violent disturbances that have the particularity that they are led by the Police, responsible for safeguarding public order and citizen security.

In the last hours, police officers not only paralyzed Port-au-Prince, but, as if they were rioters, set fire to vehicles, fired shots in the air, set up barricades with tires, and toured several streets of the city.

In a country that is not recovering from the health pandemic and afflicted by various plagues, the events obstructed the social and economic reopening that the authorities have gradually sought.

On Monday, the violent protest was organized by a group of agents calling themselves “Fantome 59” to demand the release of a comrade who has been in prison for several months.

The unrest raises the possibility of a large-scale confrontation between the protesters and the agents still fulfilling the mission of safeguarding order and security. But the atmosphere that has been created in such a volatile nation is becoming increasingly disturbing.