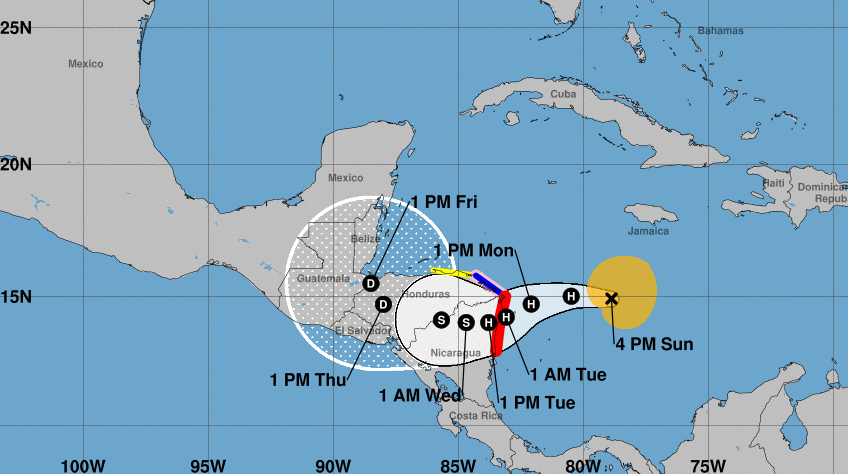 Eta is forecast to strengthen into a hurricane tonight, and additional strengthening is forecast before it reaches the northeastern coast of Nicaragua and Honduran coast Monday night or early Tuesday.

Heavy rainfall from Eta will lead to significant, life-threatening flash flooding and river flooding across Central America.
Flash and river flooding is also possible across Jamaica, Southern Haiti, and the Cayman Islands, according to the National Hurricane Center.

Up to now, there had been 28 named tropical storms, of which 11 have become hurricanes, with the entire month of November still to go before the storm season officially ends.