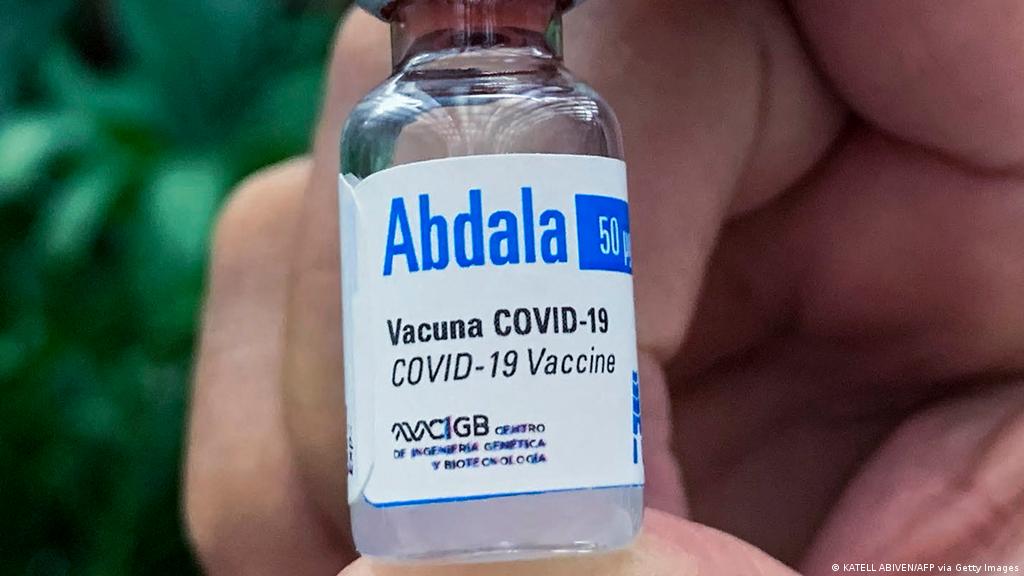 The scope of the Cuban antigen is higher than that required by the World Health Organization of 50% protection to consider it a valid vaccine. It is also expected for these coming days, the result of the analyzes to determine the efficacy of Soberana 02 and Soberana Plus, —another of the vaccines being tested on the island— which are placed together in a scheme of two of the first and one of the second at the end of the cycle. (External source).

One of the Cuban vaccines, Abdala, is 92.28% effective in protecting people against the new coronavirus, official sources in the Caribbean nation reported on Monday.

The announcement coincided with a day of record reports of infections. Dispatches from official media and publications on social networks of the presidency reported that President Miguel Díaz-Canel visited the Center for Genetic Engineering and Biotechnology (CIGB), responsible for developing and producing Abdala, where its director Marta Ayala informed him of the percentage.

The scope of the Cuban antigen is higher than that required by the World Health Organization for 50% protection to consider it a promising vaccine. It is also expected for these coming days, the result of the analyzes to determine the efficacy of Soberana 02 and Soberana Plus —another of the vaccines being tested on the island— which are placed together in a scheme of two of the first and one of the second at the end of the cycle.

Last week it was estimated that the two initial doses –that is, without counting the Plus– of Soberana 02 would protect by 62%. Cuba is the first Latin American country to have antigens developed and produced by its own state pharmaceutical industry, a singular achievement for a small country with scarce material resources, subject to United States sanctions and experiencing a severe economic crisis.

Abdala and Soberana 02, together with Soberana Plus –the latter from the Finlay Institute– are the most developed vaccines of a group of about five that started various studies in humans. For Abdala, which has three doses separated by 14 days apart, phase I clinical trials began in December with 132 subjects. LaterPhase II was added with 660 volunteers and Phase III with 48,000 inoculated people, proving the product as safe and effective.

In a press conference in the days before the results were known, the experts mentioned to the communicators that although at that time there was no exact percentage figure on their effectiveness, it was clear that Abdala and Soberana 02 were valid for all variants of COVID- 19 At the same time, and in the face of a new outbreak of COVID-19 that has been hitting the island hard since the beginning of the year, the authorities allowed a “sanitary intervention,” that is, a massive campaign in the population with the products on the way to obtain a permit from emergency.

The government said it would have 70% of its population vaccinated by August, at the same time that it began a study in children between the ages of three and 18 who had been excluded from prior immunization.

The announcement of Abdala’s efficiency comes on the day with the worst COVID-19 infection rates since the pandemic began in March 2020. Dr. Francisco Durán, the island’s director of Epidemiology, reported that a record was reported on Monday of 1,561 cases for a total of 169,365 infected since March 2020. Some 1,170 died.