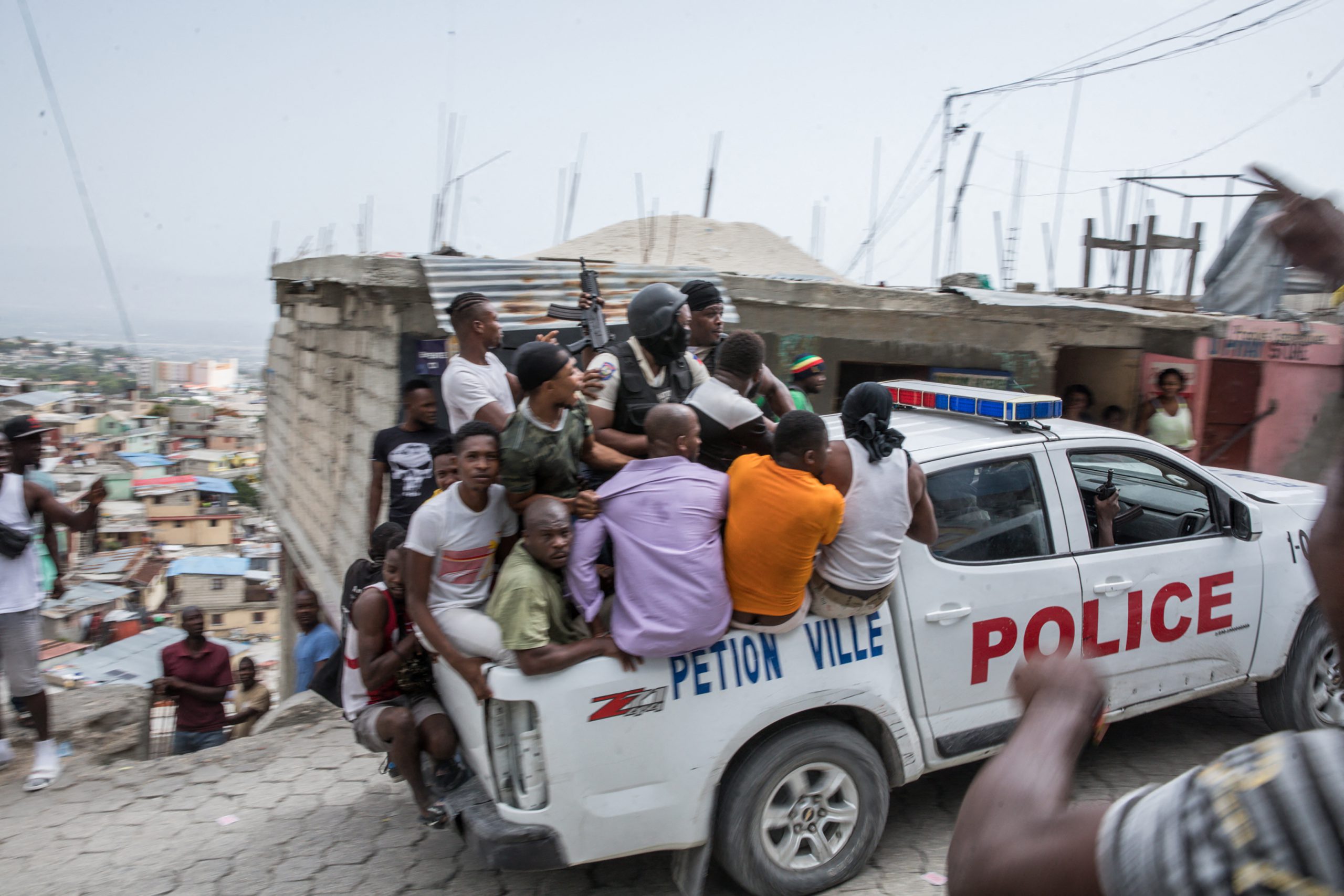 A police truck full of civilians and police travels through Jalousie Township, where they arrested men accused of having assassinated President Moise. AFP

Two men presumed to be Haitian-Americans – one of them an alleged former escort at the Canadian embassy in Port-au-Prince – were arrested in connection with the assassination of Haiti’s president, a senior Haitian official said Thursday.

Mathias Pierre, minister of elections, said James Solages is among six people arrested in connection with the assassination of President Jovenel Moïse by gunmen at his home on Wednesday before dawn. He also said the other four detainees are from Colombia. Of the four, the oldest is 55, and the youngest, Solages, is 35, he added.

Seven other suspected attackers were shot dead in a confrontation with officers, according to Haitian National Police director Léon Charles.

Solages describes himself as a “certified diplomatic agent,” children’s advocate, and budding politician on a portal for a charity he set up in 2019 in Florida to help residents.

In his bio on the portal, Solages says he previously worked as a bodyguard at the Canadian Embassy in Haiti. However, the diplomatic headquarters has not stated at this time. Calls to the foundation and associates of the foundation went unanswered.

Witnesses said two suspects were discovered hiding behind bushes in the capital yesterday by a crowd and that some people grabbed the men by their shirts and pants, pushed and slapped them.

Police arrested the men, who were sweating profusely and wearing clothes that appeared to be covered with mud, an AP reporter at the scene said. The officers placed them in the back of a pickup truck and drove away from the scene. People followed them, running to a nearby police station.

One of the men in the crowd said it was unacceptable for foreigners to come to Haiti to kill the country’s ruler, referring to reports from officials that the perpetrators spoke Spanish or English.

Details about the assault

Jomarlie.
Moïse’s daughter, Jomarlie Jovenel, hid in her brother’s room during the attack, and the assailants tied up a maid and another worker.