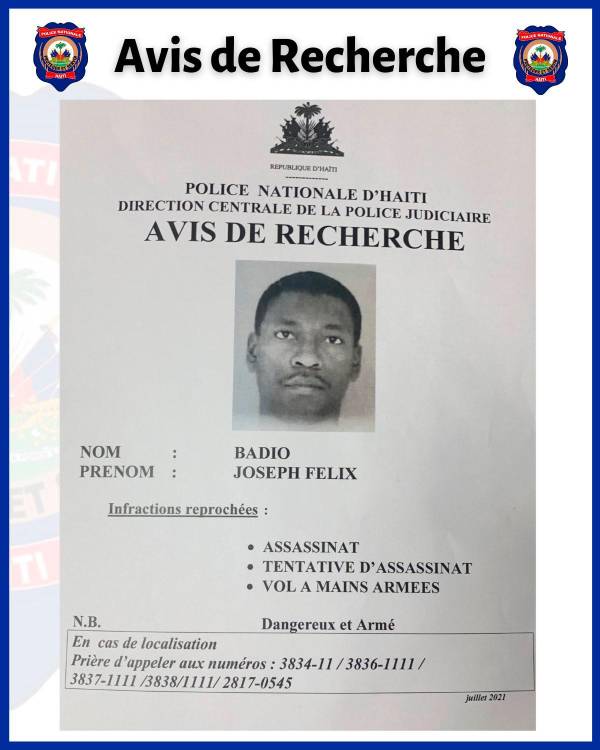 Santo Domingo.- Colombian Police assured Friday that the accused and detained for the assassination of the president of Haiti Jovenel Moïse received the orders to assassinate the president after a meeting three days before the crime with the former official of the Haitian Ministry of Justice Joseph Felix Badio.

‘Several days before, apparently, Joseph Felix Badio, who was a former official of the Ministry of Justice who worked in the commission to fight corruption with the General Intelligence Service, tells (Duberney) Capador and (Germán) Rivera that what they have to do is assassinate the president of Haiti,” said the director of the Colombian Police, General Jorge Luis Vargas, in a public statement today.

Moïse was assassinated on July 7 at his residence in Port-au-Prince in an armed attack in which his wife, Martine, was also wounded, and so far 23 people have been arrested, including 18 former Colombian soldiers and five Haitian American citizens