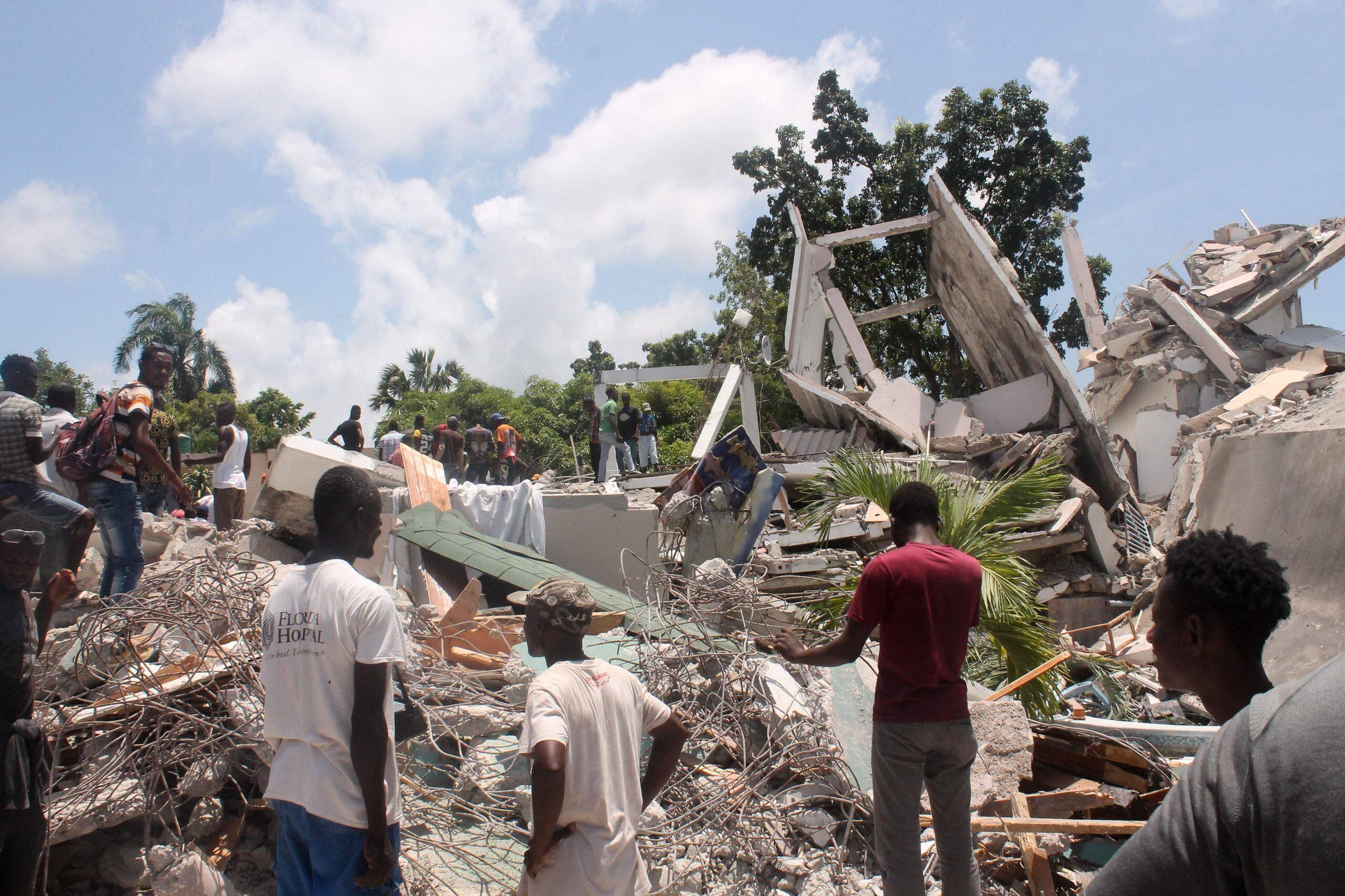 The quake erased some localities and caused landslides that affected rescue efforts in two of the most affected communities.

The death toll from the magnitude 7.2 quake in Haiti soared yesterday to 1,297, with at least 2,800 people injured and hundreds of homes destroyed.

Updated data from the Office of Civil Protection follows an earlier tally of 304 deaths. Office Director Jerry Chandler said rescuers continue to search for survivors under the rubble.

People in the Caribbean nation rushed to the streets, searched for a safe place, and then helped rescue those trapped in the rubble of houses, hotels, and other structures that collapsed.

Saturday’s quake struck the southwestern part of the continent’s most impoverished nation, virtually erasing some localities and causing avalanches that affected rescue efforts in two of the hardest-hit communities.

The disaster exacerbated what was already a difficult situation for Haitians, who were already grappling with the coronavirus pandemic, the assassination of the president, and a wave of gang violence.

The quake’s epicenter was recorded about 125 kilometers (78 miles) west of the capital Port-au-Prince, the U.S. Geological Survey reported. Widespread damage could be worse in days when Tropical Storm Grace is expected to hit Haiti.

There were aftershocks all Saturday and overnight when many people who were left homeless or feared their damaged homes would collapse on them stayed on the streets to sleep if nerves allowed.

In the coastal town of Les Cayes, some thanked God for having survived the quake, and many went on Sunday to the city’s cathedral, which seemed to have no impact although the priest’s residence was destroyed. “Now we only have Jesus,” said Johanne Dorcely, 58, whose home was reduced to rubble. “If it weren’t for Jesus, I couldn’t be here today.”

Prime Minister Ariel Henry said he was sending aid to areas where localities were torn apart, and hospitals were overwhelmed by the number of patients arriving.

A former senator rented a private plane to transport the wounded from Les Cayes to Port-au-Prince for medical assistance. Henry declared a one-month state of emergency.

Solidarity
Humanitarian aid dispatched or pledged to Haiti by many nations

Chile and Panama
Panama will establish a collection center to collect aid, while Chile will provide a plane to send the assistance and will donate 16 tons of support,

Venezuela and the U.S.
Venezuela sent 30 tons of supplies, including food, medicine, and drinking water. At the same time, the U.S. sent a rescue team.

Spain
Has expressed a willingness to send help.

Henry would not ask for help until the extent of the damage is known.