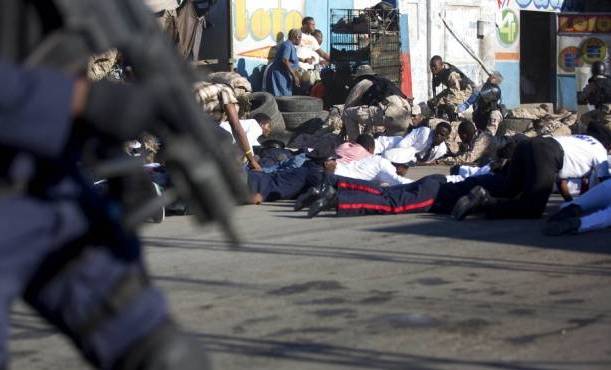 Santo Domingo.- The “400 Mawozo” gang accused of kidnapping 16 American missionaries and one Canadian, is asking for a US$17 million ransom for their release, CBS television network reports.

The chain reported that the Haitian Minister of Justice said the gang is asking for a million dollars each, 17 million dollars in total, to free the missionaries, who were kidnapped last Saturday while on their way to their residence.

The missionaries, from the Ohio-based Christian organization (Amish), were kidnapped outside of Port-au-Prince. Since Monday, the FBI has been working with Haitian authorities to locate the whereabouts of the hostages.

The US should use Deadly force to rescue the innocent victims from these Savages.

They would kill all the hostages before they could be saved. Not to mention Haiti is not your country to come in and further destroy. Last thing Haiti needs is a war against America.

There is nothing good about missionaries and their jesus cult. Finally Haitians are getting rid of them.

Kidnap the Kidnappers family, children, and friends, this makes for better bargining with these criminals !

Missionaries need to keep their jesus cult to themselves and stop preying on poor black countries and children.