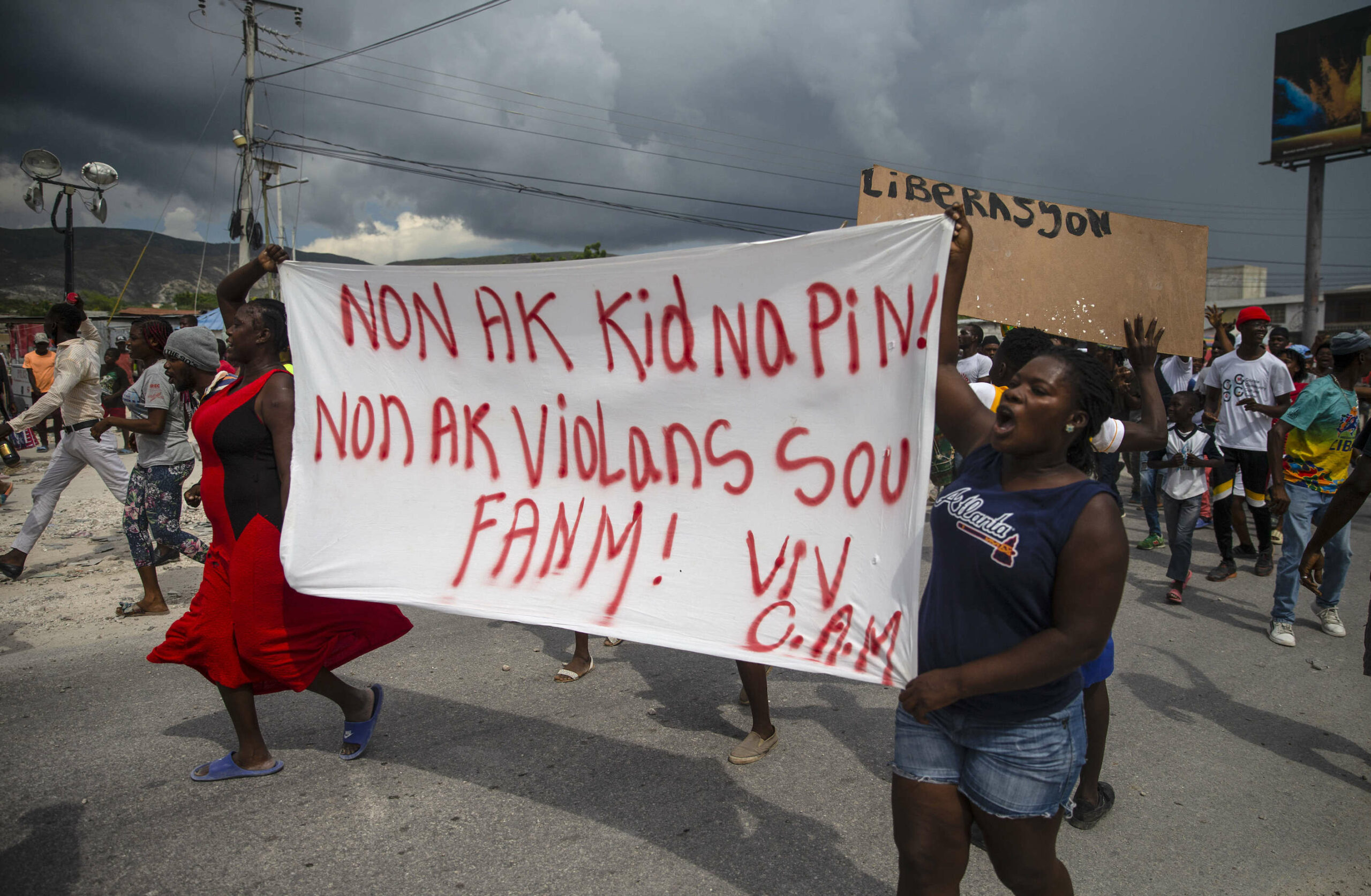 People protest carrying a banner with a message that reads in Creole: "No to kidnappings, no to violence against women ! Long live Christian Aid Ministries," demanding the release of kidnapped missionaries, in Titanyen, north of Port-au-Prince, Haiti, Tuesday, Oct. 19, 2021. A group of 17 U.S. missionaries including children was kidnapped by a gang in Haiti on Oct. 16. (AP Photo/Joseph Odelyn) XRE105

The leader of the 400 Mawozo gang that police say is holding 17 members of a US missionary organization kidnapped says in a video posted Thursday that he will kill them if their claims are not met.

The video posted on social networks shows Joseph Wilson dressed in a blue suit, a blue hat, and a large cross around his neck.

“I swear by the thunder that if they don’t give me what I ask for, I will put a bullet in the heads of these Americans,” he says in the video.

He also threatened Prime Minister Ariel Henry and National Police Chief Léon Charles by speaking in front of several coffins in which recently killed members of his gang were lying.

“You make me cry. I cry water. But I’m going to make them cry blood,” he said.

Days ago, the authorities said that the gang claimed 1 million dollars for each kidnapped. The group of 16 Americans and a Canadian kidnapped includes five children, including an eight-month-old baby.

If US entered in Panama and arrested noriega…they can go to haiti and deal with mawozo “gang”…;)))

They can always go in and retrieve the dead missionaries.

He obviously has a death wish. This ain’t no movie. You do not get to spend your 17 million.

I am sure he is willing to die to free Haiti from these child molesting missionaries and their jesus cult.