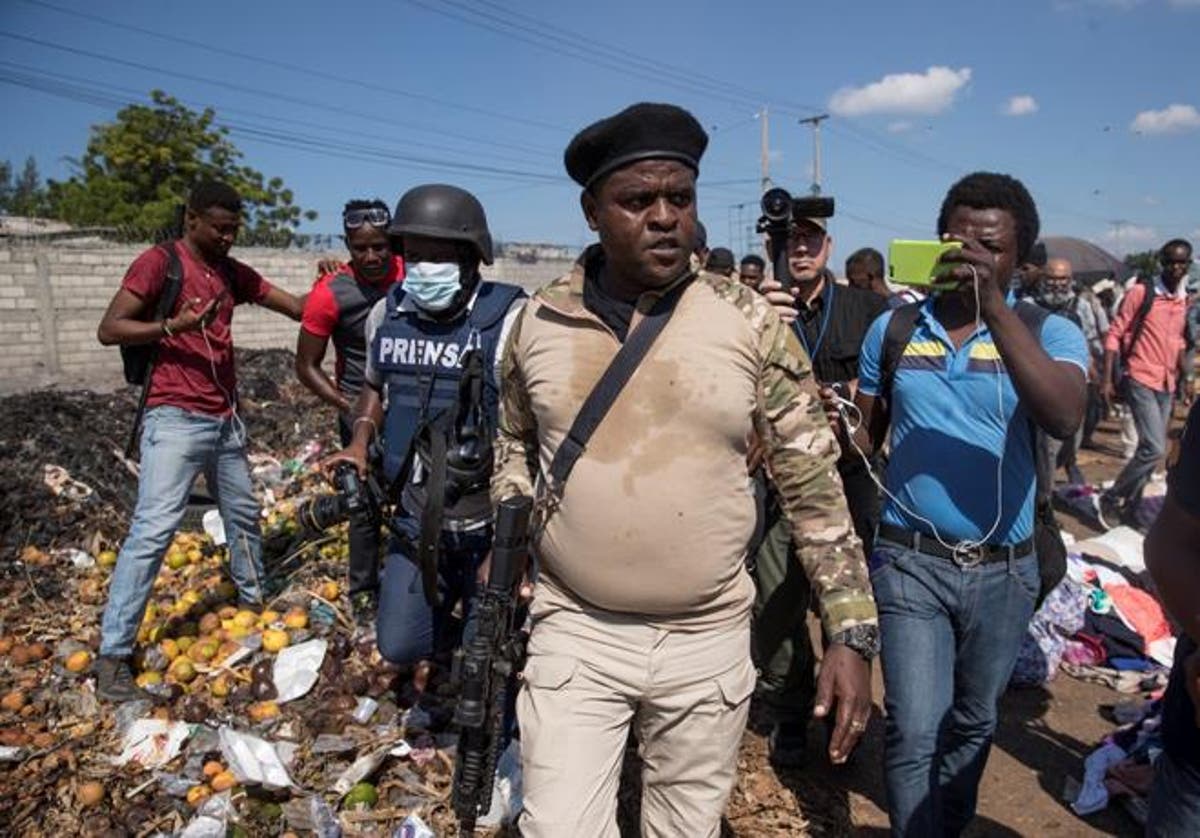 The leader of Haiti’s prominent armed gang, Jimmy Cherizier, alias Barbecue, tried to portray himself on Wednesday as a good man concerned about the country and the poorest, with a rifle around his neck and a pistol in his pants.

Barbecue expressed his discomfort because the media refer to his group, the G9 Fanmi e Alye, as “gangs, criminals, and bandits.” However, he assures that his gang “is not a political party and never will be. It is an armed movement.”

“We are not supporters of the PHTK (party founded by Michel Martelly), nor jovenelists. We are patriots. We are Haitians fighting for real change,” he concluded.

After reading an extended press release attacking the government and the prime minister, Ariel Henry, the capo was accompanied by the media on a tour of the poor neighborhood of La Saline, where his gang replaces the state and Barbecue is the highest authority.

Barbecue assures that his fight is against “the oligarchy,” the wealthiest 5% of the population that, together with the politicians, retains 95% of the country’s wealth. He pointed especially to the minority of Syrian and Lebanese origin, which control essential companies and banks in the poorest country in America.

“It is a battle against the system, against the corrupt oligarchs,” said Barbecue, who accuses that bourgeoisie of distributing weapons in the working-class neighborhoods to “control the system.”

Those weapons, he affirms, “today we choose to take them, to use them against those who gave them to us to liberate the country.”

He also lashed out against the human rights organizations, which, in his opinion, do not exist as such; he considers them “political parties” and accuses them of spreading lies in the reports in which he is charged with being responsible for committing massacres.

ITS TO BREAK 10 COMMANDMENTS AS THOU SHALL KILL. THOU SHOULD STEAL. PRAY TO IMAGE THOUSANDS OF THEM. TAKE FIRST RELIGION ALL JEWISH PROPHETS WITH JEWISH JESUS SILVER CROSS PRAY TO LORD IN HIS HOME SYNAGOGUE SATURDAY WILL BRING U TO RIGHT SIDE TRANSFORM YOUR GOVERNMENT TO OBEY CARE FOR THE PUBLIC
FIRST RELIGION JEWISH IS CORRECT FROM LORD.