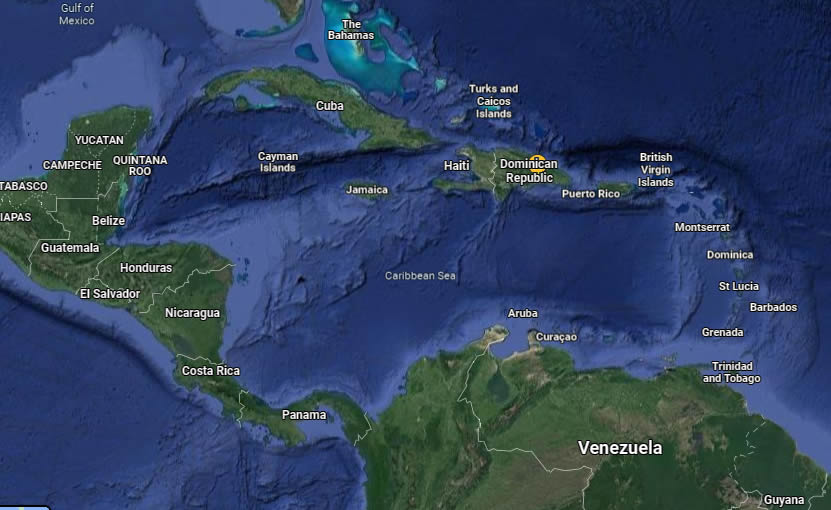 The Long View –  from David Jessop

In mid-November, a little-noticed virtual meeting took place. It considered in the round the security threats that the Caribbean will face in the future. It pointed not just to the obvious in the form of the enemy within – those involved in criminality, organized crime, and corruption – but considered an unusually wide range of other factors.

The US-led event was organized under the auspices of CRIOC (the Caribbean Region Information Operations Council), a multinational security partnership established in 2013. The body coordinates what it euphemistically describes as ‘information-related capabilities’ between Caribbean security forces and those of the US, Britain, France, the Netherlands, Canada, and from time-to-time other countries with a security interest in the region.

As one might expect, the discussion focussed in part on what a report on Southern Command’s media platform, Diálogo, described as ‘the exceptionally high level of violent crime and corruption in some countries, the increasing overlap between organized crime and terrorist networks (Islamic State-affiliates, Hezbollah and narco-terrorism), and the disintegration of Venezuela’, which it portrayed as ‘a mafia-state exporting instability to other countries in the region’.

But significantly, the major emphasis was on how these continuing challenges may fuse with broader instabilities caused by climate change, the economic and social damage caused by the pandemic, the lure of the vast new oil and gas finds in the Guianas, ethnic conflict, the region’s changing international relationships, and the role played by offshore financial centers.

Unsurprisingly perhaps, given the meeting’s provenance, much of the reported long-term concern related to the perceived security threat posed by Chinese investment, the implications of this for Caribbean indebtedness, and the political leverage it might offer domestically and in international fora. The meeting reportedly also considered Russia’s growing role in Cuba, Nicaragua, and Venezuela, what was described as its ‘increasingly effective disinformation campaigns, and its ability to ‘light fires in the US near abroad’. However, less clear was whether the cyber security and migratory challenges the region faces were also considered.

According to Diálogo, the meeting indicated that the security threat in the Caribbean is ‘evolving rapidly’, with new threats emerging, compounding old ones. Despite the region being the US’s third border, it reported, the Caribbean had not received as much attention as borders with Canada and Mexico, so ‘has to be made a much higher security priority in the future’.

Although there is real value in undertaking a broader analysis of Caribbean security, it is hard not to see CRIOC’s published outcome as a particularly US-centric response to the changing world order, and in some respects at odds with the more nuanced geopolitical approach that most Caribbean governments have adopted.

Put another way, when it comes to responding to the threat, security professionals by now ought to be able to demonstrate greater subtlety and nuance given the region’s clear desire to balance its international trade, and economic and political relationships between the US, China, Europe, other nations in the hemisphere, and countries further afield.

Moreover, it is unclear from the report whether the meeting considered whether any nation or group of nations is prepared to support in a holistic way all that it will take to respond to the root causes of the now decades-long exponential growth in criminality in once well-ordered and peaceful Caribbean societies.

For years now, individuals and organized crime have been corrupting governance, business and daily life in the Caribbean, threatening stability by preying on underdevelopment. This had led to the application of illicit gains to seemingly legitimate commercial activities, the skewing of electoral politics, and the emergence of some who appear beyond the rule of law. So pervasive, insidious, and threatening has the role of criminal godfathers become in some Caribbean nations that Caribbean Governments and more importantly individuals, the media, the Church, and the academic community are no longer willing publicly to confront the menace.

Long term success in addressing narcotics trafficking, money laundering, extortion, gun crime, kidnapping, robbery with violence, cybercrime, let alone the alarming linkages emerging between those involved in crime and international terrorism, is about much more than suppression or displacement.

This is because the origins lie in the Caribbean’s geographic location; its relative economic underdevelopment; unacceptable levels of unemployment; the absence of sustainable economic growth; the consequent presence of significant pockets of social deprivation; and the opportunity these factors all present to those with criminal intent able to command sums often larger than national budgets.

More prosaically, in the short to medium term, achieving Caribbean security means addressing social disaffection among youth; reforming weak, underpaid and sometimes corrupt law enforcement agencies; ending the destabilising practice of deporting criminals from the US; halting people trafficking through legally managed migration; recognising the dangers inherent in encouraging instability in Cuba; and in stemming the cross-border smuggling of arms between the Dominican Republic and Haiti, and Colombia and Venezuela, routes that facilitate shipments into the rest of the region.

Helpfully, for geostrategic reasons, the Biden Administration has accepted the connection between security in the hemisphere and socio-economic development. It has begun to pursue an approach in conjunction with US business that aims to address some of the underlying causes while cementing economic ties, business relationships and political alignments. However, there is no guarantee of bipartisan sustainability. The febrile political climate within the US, and the possibility that in 2024 there will be another Republican administration suggests that the security relationship with the Caribbean may again become transactional, requiring political acquiescence.

By contrast, China’s response is not overtly security driven. Close to achieving global economic equivalence to the US, it knows that opportunity will follow and that it has a political system that can sustain over decades a hard to match approach that responds to small states’ need to rapidly upgrade infrastructure to support economic growth. Consequently, it can accept with some reservations the multifaceted, balanced relationships of the kind now being pursued by the Dominican Republic and Guyana, which involve US security support alongside large-scale Chinese investment and trade.

Addressing the complex longer-term nature of Caribbean security does indeed need the US and its allies to take a much greater interest in the region, but this should not be through the optic of US security alone. It requires an understanding that without sustainable resources and Caribbean led socioeconomic reform the region’s sometimes tenuous stability could quite quickly deteriorate further.

What is missing is long-term Caribbean-led thinking about how best to co-exist in a world in which new security threats are emerging, and two dominant, philosophically different powers are actively vying for supremacy.

David Jessop is a consultant to the Caribbean Council and can be contacted at
[email protected]
Previous columns can be found at https://www.caribbean-council.org/research-analysis/
November 5th, 2021

The war on drugs… A complete and utter waste of lives and resources. Isn’t it about time that we put into practice what was learned from abolishing prohibition in the last century?

Not that critical thinkers should be surprised.

Speaks volumes for his pro-communist agenda.