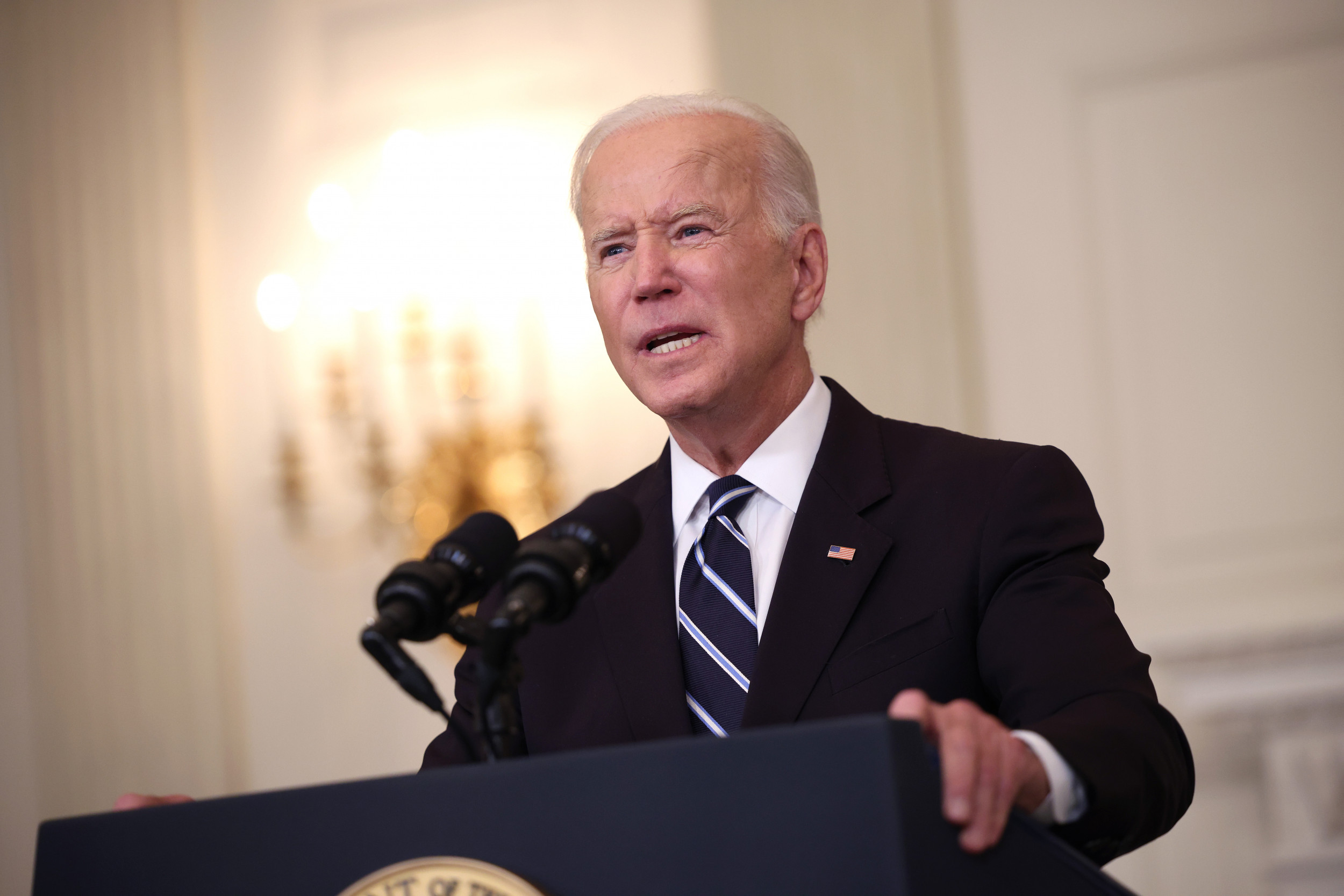 President Joe Biden speaks about combating the coronavirus pandemic in the State Dining Room of the White House on September 9, 2021, in Washington, DC. KEVIN DIETSCH/GETTY IMAGES

Several Republican figures have already announced they are planning legal action against President Joe Biden over his COVID vaccine and testing mandate.

To help control the spread of the virus, Biden said he would force all private businesses with 100 or more employees to require staff to have a COVID vaccine or make sure they are tested at least once a week.

Those who don’t comply could face fines of up to $14,000 for each violation.

“My job as President is to protect all Americans.”

In response, the Republican National Committee said they plan to sue the Biden administration over the mandates, with several other GOP figures also looking into similar action or condemning the preside

“Joe Biden told Americans when he was elected that he would not impose vaccine mandates. He lied,” RNC Chairwoman Ronna McDaniel said in a statement.

“Now, small businesses, workers, and families across the country will pay the price. Like many Americans, I am pro-vaccine and anti-mandate.

“Many small businesses and workers do not have the money or legal resources to fight Biden’s unconstitutional actions and authoritarian decrees, but when his decree goes into effect, the RNC will sue the administration to protect Americans and their liberties.”

“My legal team is standing by ready to file our lawsuit the minute Joe Biden files his unconstitutional rule,” Noem tweeted. “This gross example of federal intrusion will not stand.”

Nebraska Governor Pete Ricketts said Biden’s announcement is a “stunning violation of personal freedom” and an abuse of the federal government’s power.

“This plan isn’t about public health—this is about government control and taking away personal liberties,” Ricketts added.

“Americans, not the federal government, are responsible for taking charge of their personal health. It is not the role of the federal government to mandate their choices. Nebraska will stand up to President Biden’s overreach, and we will be working with the Attorney General to explore all our options.”

Oklahoma Governor Kevin Stitt vowed that there would be no government vaccine mandates in the state while he was in office. “My administration will continue to defend Oklahoma values and fight back against the Biden administration’s federal overreach,” Stitt said.

Indiana Attorney General Attorney Todd Rokita added: “My team and I, along with other like-minded attorneys general, are reviewing all legal action on how to stand against these authoritarian actions by the Biden administration.

“We will be prepared to file suit if Biden seeks illegal actions restricting Hoosiers’ liberties.”