Haiti: Bus hijacked with 50 passengers on board 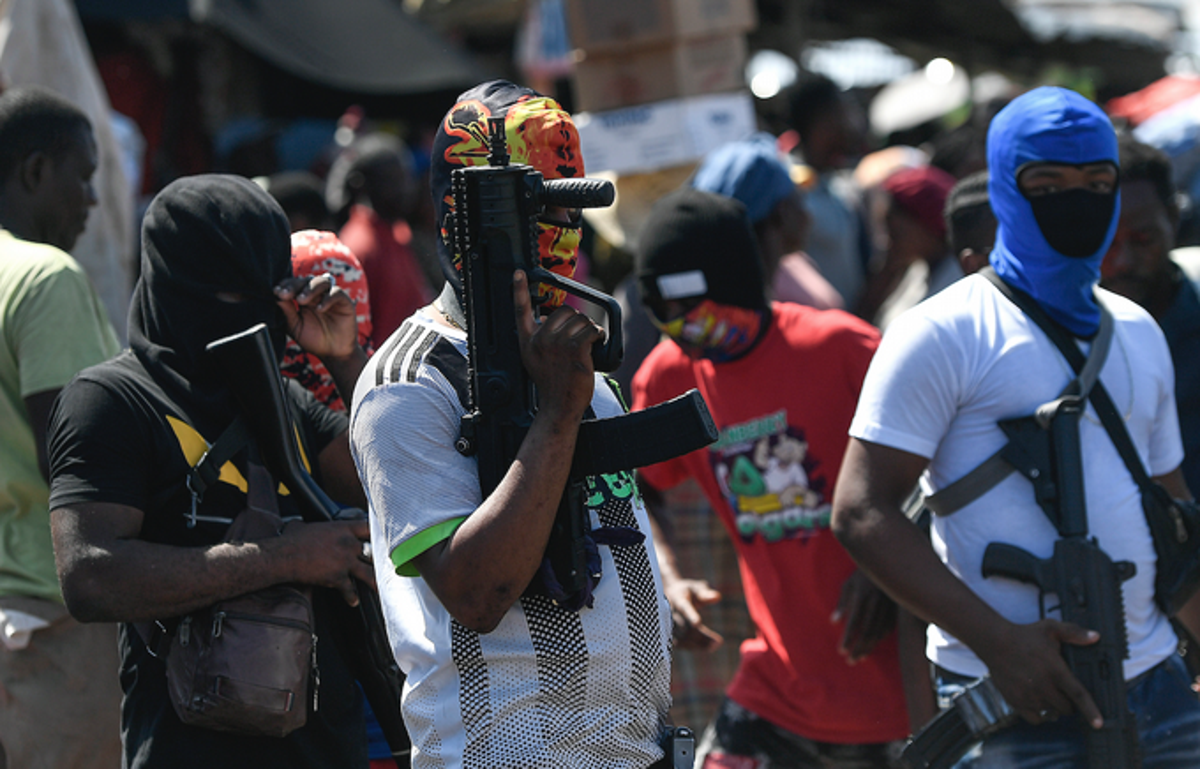 The criminals associated with armed gangs keep all Haitian neighborhoods in a state of distress, while the government is crossed hands. Listin Diario

According to press agency reports, a group of armed individuals have hijacked a bus with at least 50 passengers on board in Port-au-Prince, the capital of Haiti, and are demanding 500,000 dollars in reward.

The events occurred on Wednesday when the captured vehicle was covering an interprovincial route.

Some of the passengers were stripped of their belongings and then released. In contrast, others are still being held hostage, said the Haitian Owners and Drivers Association president, Mehu Changeux.

The kidnapping of the priest
The last known high-profile kidnapping case was that of Father Jean-Nicaisse Milien.

The Haitian priest and nine other people had just been kidnapped on the outskirts of Port-au-Prince in early April. It was about seven o’clock in the morning, and they were on their way to the celebration of the assumption of a new parish priest at a church in the area when 15 to 20 bandits with heavy weapons surrounded their vehicle.

“Go there! Go there!” the individuals ordered.

They belonged to the 400 Mawozo gangs, the same group that kidnapped 17 missionaries on October 16 as they were on their way to an orphanage. That group, which includes five minors, an eight-month-old baby, is still in captivity amid death threats. The gang wants to collect a ransom.

The kidnapping of the 17 missionaries
A group of up to 17 Christian missionaries from the United States and their families was kidnapped in Port-au-Prince as they left an orphanage.

The group, which included children, was abducted by a criminal gang as they were on a bus route from the orphanage to the airport.

Despite the deteriorating security situation

Despite the deteriorating security situation in Haiti, the abduction of such a large group of Americans came as a surprise to local authorities, the newspaper reported.

Kidnappings have become commonplace in Haiti since 2020; they occur indiscriminately and affect people from all walks of life. In addition, they have become a source of financing for the armed gangs that control numerous shantytowns in Port-au-Prince and other country areas.

As denounced this month by the Center for Analysis and Research on Human Rights (CARDH), Haiti recorded an “exponential” increase in kidnappings in the last two months, with 117 in September, a figure 60 percent more than in August.

A total of 17 million dollars, one million for each of the kidnapped, is what the Haitian gang ‘400 Mawozo’, responsible for the kidnapping of a group of missionaries on October 16, is demanding their ransom. This was revealed by the newspaper ‘The Wall Street Journal,’ which quotes the Haitian Minister of Justice, Liszt Quitel.

The official added that both the Haitian police and the FBI are advising the Ohio-based Christian Aid Ministries, to which the victims belong.

Quitel explained that the criminals first called the staff of that movement in Haiti at 4:53 p.m. last Saturday, stating their ransom demands.

Since then, there have been several communications that could go on for weeks, he said.

CRIME
CRISIS
Kidnappings are on the rise.
Since this year, 628 kidnappings have been reported in the country, including 29 foreigners of three nationalities. However, CARDH indicates that this figure will increase as other nations provide data on their citizens. The gangs granted a brief two-week lull in kidnappings between the assassination of President Jovenel Moise on July 7 and his burial on July 23.