Los Poteas, a Haitian band that prowls the border 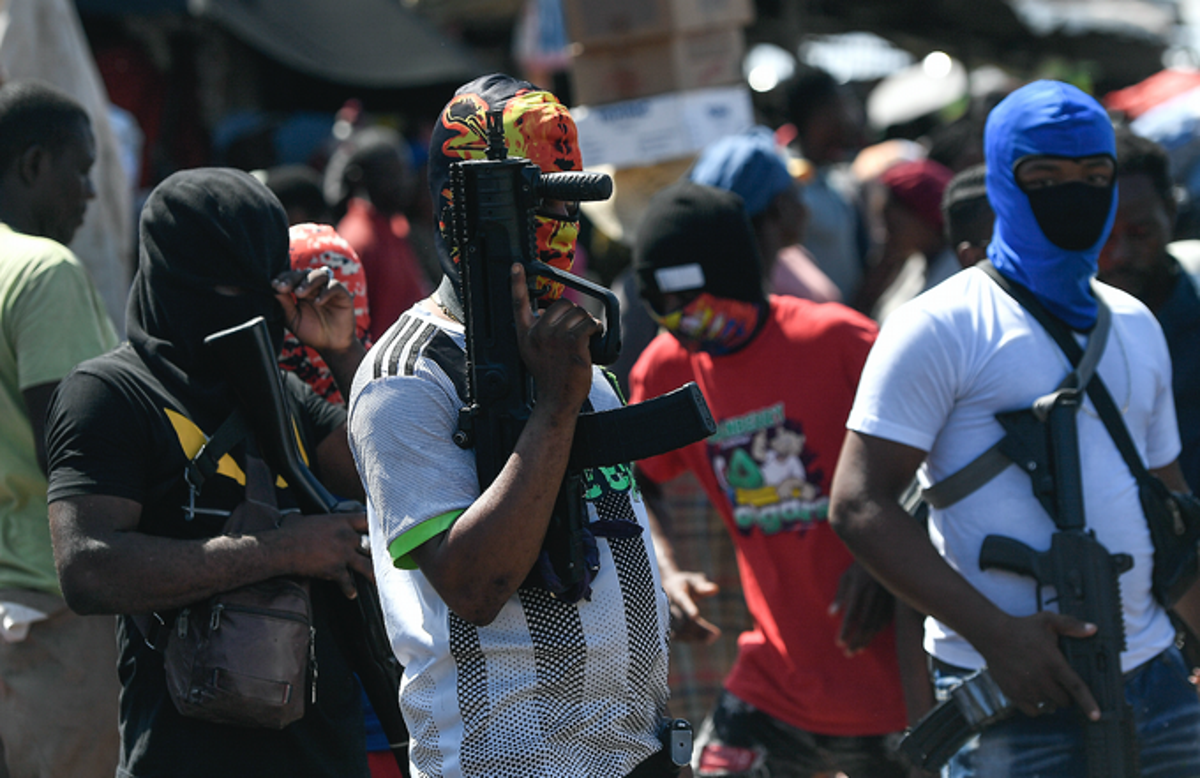 In Haiti, numerous armed gangs operate that control and impose terror in many areas of the country, under the helpless gaze of its authorities.

The “Poteas or Potiá,” known in Haiti to the traffickers of undocumented Haitians to the Dominican Republic, is another gang dedicated to kidnapping, but with a different modality and a low profile.

The Poteas lend money to people from Haiti who want to cross the border to Dominican territory. In turn, they guide them along the roads to spend the night and reach the Dominican Republic.

They also irregularly finance houses, land, vehicles, and other properties to those interested in migrating to Dominican territory with illegal migratory status.

The Poteas demand of the immigrants that once they set foot on Dominican soil, they must begin to pay what is owed, and for this purpose, they have Haitian personnel residing in this country who are in charge of this unhealthy task.

Many of the Haitians detained by members of the Army and Immigration inspectors beg not to be returned to their country, alleging that they borrowed money from Los Poteas (Potiás) and that they risk being kidnapped until they pay their debts.

The men were tense, but many of the women were in tears, expressing that when they arrived in their country, the Los Poteas gang, which is dedicated to trafficking in persons, drugs, and other illicit goods, would kidnap them and that they would not be released until they paid the money they borrowed to get to the Dominican Republic.

Rape
Many Haitian women stated that the traffickers from their country (poteas), on their way to cross to the Dominican Republic, commit untold abuses against them and the girls.

“In Haiti on the way, they (Los Poteas) take us as if we were donkeys and also the girls, they make themselves guarantors of us, but when the Dominican authorities arrest us and repatriate us to Haiti, they demand compulsory payments of the owed ones and otherwise they kidnap us,” complained Marí Pierre. She was waiting with her other compatriots to finish the process of her deportation to her country.

More arrests of illegals
The Fourth Infantry Brigade of the Dominican Army based in Mao reported that another 231 Haitians were arrested for entering the country without the established legal documents.

Colonel German Rosario Perez, commander of the Fourth Army Brigade, told the Listin Diario that the operations of the last hours had been carried out in the provinces of Valverde, Montecristi, Santiago Rodriguez, and Dajabon.

Likewise, the military institute reported that at least 15,000 illegal Haitians have been arrested in the Northwest and returned to their country in the last three months.

Gangs.
Several gangs operate in Haiti, controlling a large part of the country, kidnapping people for high sums of money, causing chaos and rampant violence in the face of the authorities’ disregard.

Crisis.
Haiti’s economic, political, and social situation has deteriorated much more since President Jovenel Moise was assassinated in his residence, an incident that is still being investigated.

Well I do have empathy for them, but to borrow money with those terms? It’s the old risk vs reward. you make your choice and live with the consequences. The DR is simply securing their border! Not up to border patrol to let them in because they made a bad choice

TIME..the U.N. sent forces in to clean up these punks !!!

LOL..the UN…they skipped over naming the new COVID after “xi”.

yup ….. sucks the french left the way they did…but need to figure it out…DR is not a safe place for Haitians either

When the Dominican authorities apprehend groups of illegals it is not unthinkable the illegals locations sometimes were provided by the gangs.