At least 40 dead in northern Haiti in fuel truck explosion 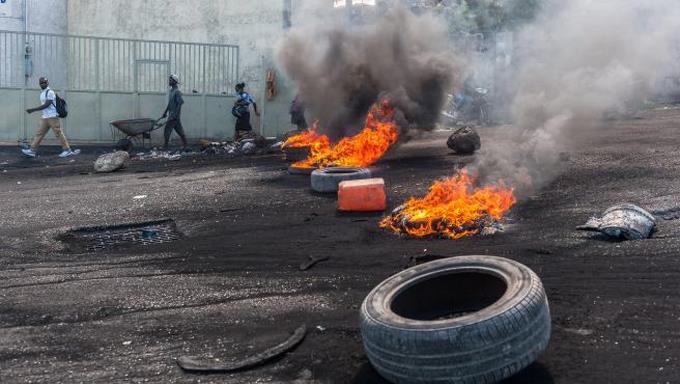 A hundred people were trying to loot the truck at the time of the explosion.

At least 40 people died this Tuesday in Cap-Haitien, in the north of Haiti, due to the explosion of a tanker truck carrying fuel and which suffered an accident.

The vice mayor of the city, Patrick Almonord, explained to local media that a hundred people were trying to loot the truck at the time of the explosion after the vehicle crashed in the central neighborhood of Pont Grand Bois et Samarie after midnight.

“We continue with the count” of victims, the deputy mayor told Radio Télévision Caraïbes, underlining that the figure of 40 deaths is preliminary.

According to images circulating on social networks, many injured were being treated on the floor of a Cap-Haitien hospital due to the lack of beds.

Last week, the Haitian government announced a sharp increase in tariffs for oil derivatives, hikes that range from 24% in the case of gasoline to 108% in the case of diesel.

However, fuel prices on the black market are much higher, depending on the severity of the fuel shortage.

In July 2018, the announcement of the increase in fuel prices caused several days of violent demonstrations in the streets and tensions in Haiti that shook the power bases of the then president, Jovenel Moise. It forced the resignation of the prime minister, Jack. Guy Lafontant.