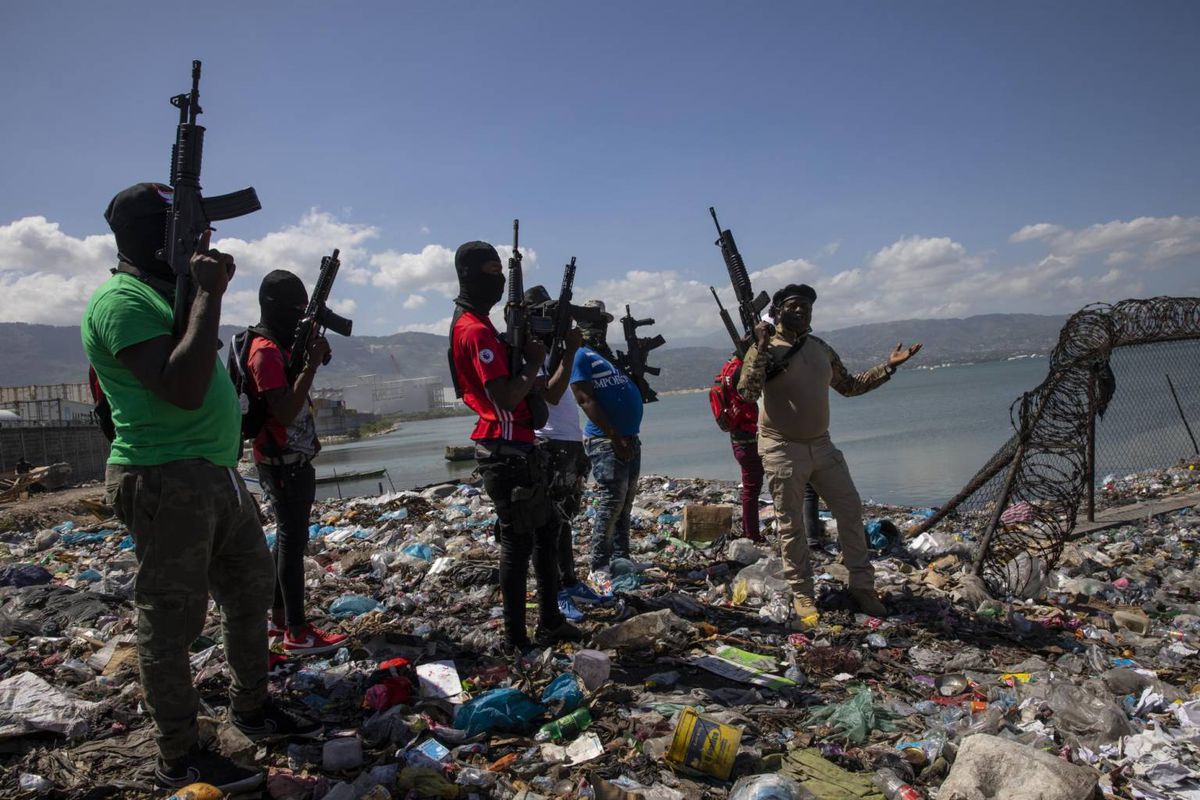 As a consequence of all these dire circumstances, emigration has soared again.

An assassination, a powerful earthquake, and the worsening of insecurity this year exacerbated the dramatic crisis in Haiti, the poorest country in America and whose economy is languishing without a rescue plan in sight.

Haiti is currently without Parliament, with a Government that has not been elected at the polls and with an inoperative judicial leadership to face the deep political crisis and the most significant wave of violence that the Caribbean country has experienced in decades, without forgetting the attention demanded by the more than four million people in a situation of food insecurity.

The political situation had progressively deteriorated until it exploded into the air in the early morning of July 7, when a group of armed men unexpectedly broke into the private residence of President Jovenel Moise in Port-au-Prince and assassinated him; without the guards, they watched over their safety if they offered any resistance.

After the stupor caused by the assassination, the authorities launched a persecution operation, and within a few hours, they arrested 18 former Colombian soldiers and killed another three.

Five months after the assassination, there are still more questions than answers about the crime, of which very few details are known. For example, it is unknown who the intellectual authors are or what motivated them to assassinate a president due to leaving power in February 2022.

According to the latest official data, 44 people were arrested in Haiti for their alleged involvement in the assassination, including twelve police officers and two more suspects captured in Jamaica and Turkey in recent months.

The Government of Haiti, a country affected by impunity and the low credibility of justice, asked the United Nations for help to carry out an international investigation into the murder.
At Moise’s funeral, her wife Martine said her husband was “abandoned and betrayed” and accused the Haitian oligarchy of the assassination.

AN EARTHQUAKE IN THE MIDDLE OF A HUMANITARIAN CRISIS

If the crisis was already unbearable for millions of Haitians, the 7.2 magnitude earthquake that occurred on August 14 in the southern peninsula further aggravated the situation in a country whose economy contracted by 3.3% in 2020 and could decrease by an additional 1.3% at the end of this year, according to international projections.

At least 2,248 people died, more than 300 were missing, and another 690,000 were affected as a result of the earthquake, the largest after the one that occurred in January 2010, which caused more than 300,000 deaths and 1.5 million affected, many of them which to this day are still without a roof.

Thousands of those affected by the 2010 earthquake have led an exodus on foot across the American continent, from Chile or Brazil to the United States border in recent months, in search of better opportunities.

THE SCRIPT OF THE CRIMINAL GANGS

Taking advantage of the socio-political crisis, armed gangs have taken the opportunity to spread terror daily throughout this country of eleven million inhabitants, kidnapping and murdering indiscriminately.

The gangs even caused a severe fuel shortage last October, causing the suspension of essential health, education, and telephony services.

The Haitian authorities lack a police force with sufficient resources to confront the gangs. At the same time, the international community has responded with a resounding no to requests for the dispatch of troops.

And as a consequence of all these dire circumstances, emigration has skyrocketed again.

The political situation remains at a standstill: Prime Minister Ariel Henry assumed power after the assassination of Moise and presented a new cabinet in which several opposition figures stand out at the end of November.

Last September, Henry signed a pact with the opposition to guarantee political stability, but the agreement is a dead letter so far.

The Haitian prime minister intends to promote constitutional reform in 2022 and create the necessary conditions for holding elections at the end of the year. But, as time progresses without solving the crisis, the calendar is increasingly in doubt each day.

No more politicians with their BS. Get a strong businessman in there to kick ass and take names.