Ómicron advances at an unprecedented rate 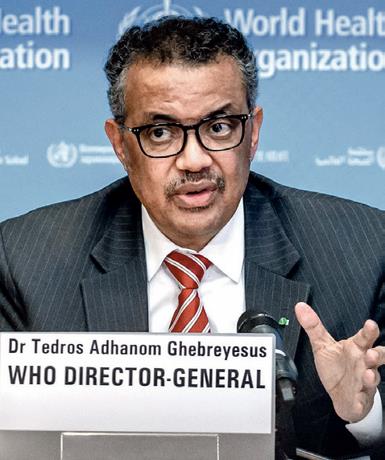 The omicron variant spreads “at a rate that we have not seen with any other variant,” the World Health Organization (WHO) warned on Tuesday, which estimates that most countries are already affected.

In Europe, the Netherlands announced the closure of primary schools from November 20, a week before the Christmas holidays, and the extension of current sanitary restrictions until January 14, including the closure of non-commercial stores. Essentials, bars, and restaurants every day between 5:00 p.m. and 5:00 a.m. The United Kingdom, in the throes of contagion and with a first fatality due to omicron, also decided to apply new measures.

“At present, 77 countries have reported cases of omicron, but the reality is that omicron is probably in most countries, although it has not yet been detected,” said WHO Director-General Tedros Adhanom Ghebreyesus, on the wheel press.

“We are concerned that people consider omicron as mild (…) Although omicron causes less serious diseases, the number of cases could again overwhelm unprepared health systems,” he added.

According to Abdi Mahamud, a WHO expert, the spread of this variant is so rapid that it could become dominant in several European countries by mid-December.