All kidnapped missionaries in Haiti freed, according to NGO 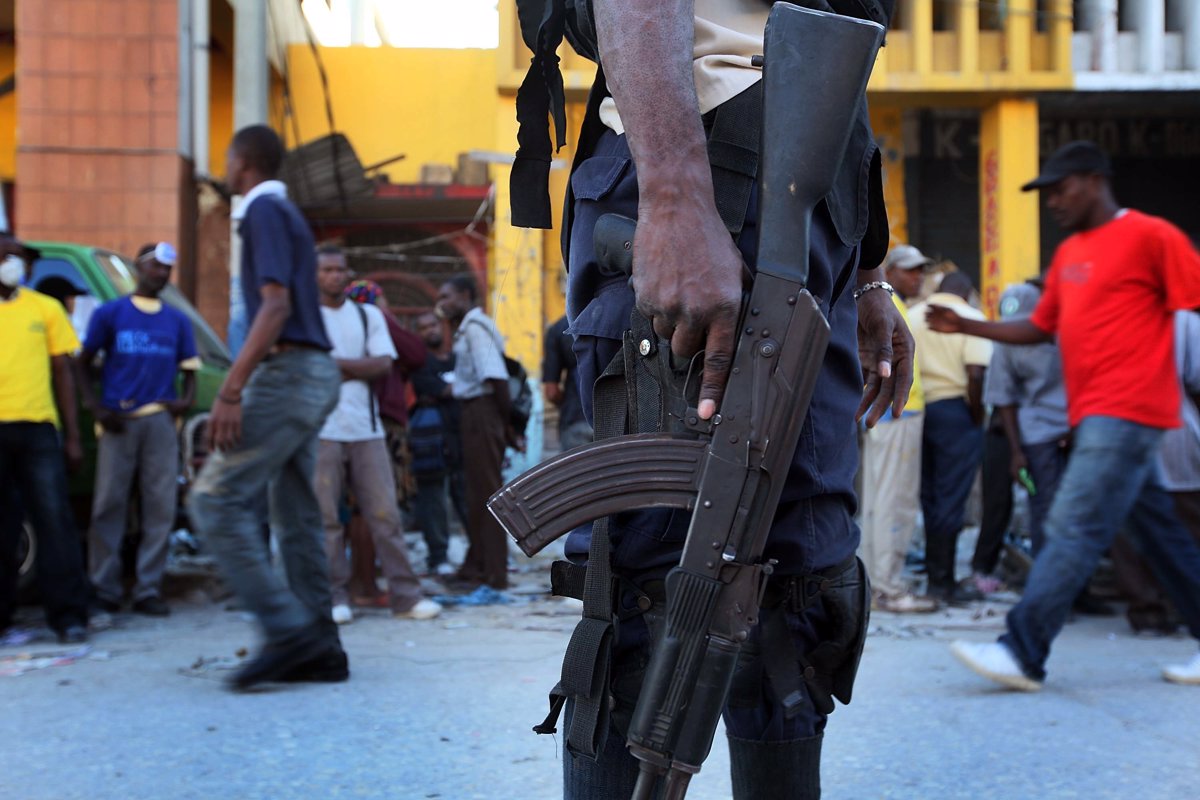 PORT-AU-PRINCE, HAITI - JANUARY 21: A Haitian police officer holds his rifle as he stands guard near businesses being looted on January 21, 2010 in Port-au-Prince, Haiti. Planeloads of rescuers and relief supplies headed to Haiti as governments and aid agencies launched a massive relief operation after a powerful earthquake that may have killed thousands. Many buildings were reduced to rubble by the 7.0-strong quake on January 12. (Photo by Joe Raedle/Getty Images)

Two months have passed since they were kidnapped

The 12 North American missionaries who were still in captivity after a group of 17 were kidnapped last October 16 by an armed gang in Haiti were released this Thursday, two months after the abduction, reported an NGO specialized in kidnappings.

“Yes, I have confirmed the information. They have been released this morning ,” Gédéon Jean, director of the Haitian Center for the Analysis of Research in Human Rights (CARDH), told Efe.

With some 11 million inhabitants, Haiti became in 2021 the country with the highest rate of kidnappings per capita, having registered 949 kidnappings as of December 15, compared to the 796 kidnappings perpetrated in 2020.

This is clear from the report on the State of Human Rights in Haiti in 2021 prepared by the Center for Analysis and Research in Human Rights (CARDH) under the heading “Hegemony of gangs and increase in crime.”

Among those kidnapped this year, there are 55 foreigners from five countries. However, according to the document itself, “are not exhaustive,” due, in part, to the fact that the families of the victims do not report the incident to the authorities because police officers are involved in the kidnappings.

The bandits warn the victims and their families of the consequences of making any public or police complaint. In addition, the text indicates that there is fear of reprisals or social stigmatization in cases in which abducted women have suffered collective rapes during their captivity.

One of the kidnapping cases in Haiti that have received the most international attention is that of a group of North American missionaries and their families, a total of 17 people, including five children, abducted on October 16 after visiting an orphanage on the outskirts. From the Haitian capital.

The captors, the 400 Mawozo criminal gangs, have released five group members. However, the religious congregation to which they belong, Christian Aid Ministries (CAM), did not provide the names of those released or give details about the circumstances of the Liberation.

He also had impacted the abduction and subsequent release of the journalist Alexander Galvez, correspondent in Haiti Dominican television Group Telemicro, which also provided information about their health status and whether his release, after nine days in captivity, was made after the payment of a ransom.

Indiscriminate kidnappings have become commonplace in Haiti and have skyrocketed, especially in recent months, following the assassination of President Jovenel Moise, which occurred on July 7 and caused significant instability in the country.

The United States could fly a couple of Drones over Haiti and fumigate these fools. But of course Joe Biden doesn’t have the balls to do anything but fock his own country.

It is great they are free, but at what cost? The kidnappings will not stop.