Ransom was paid to “400 Mawozo” to free North American missionaries 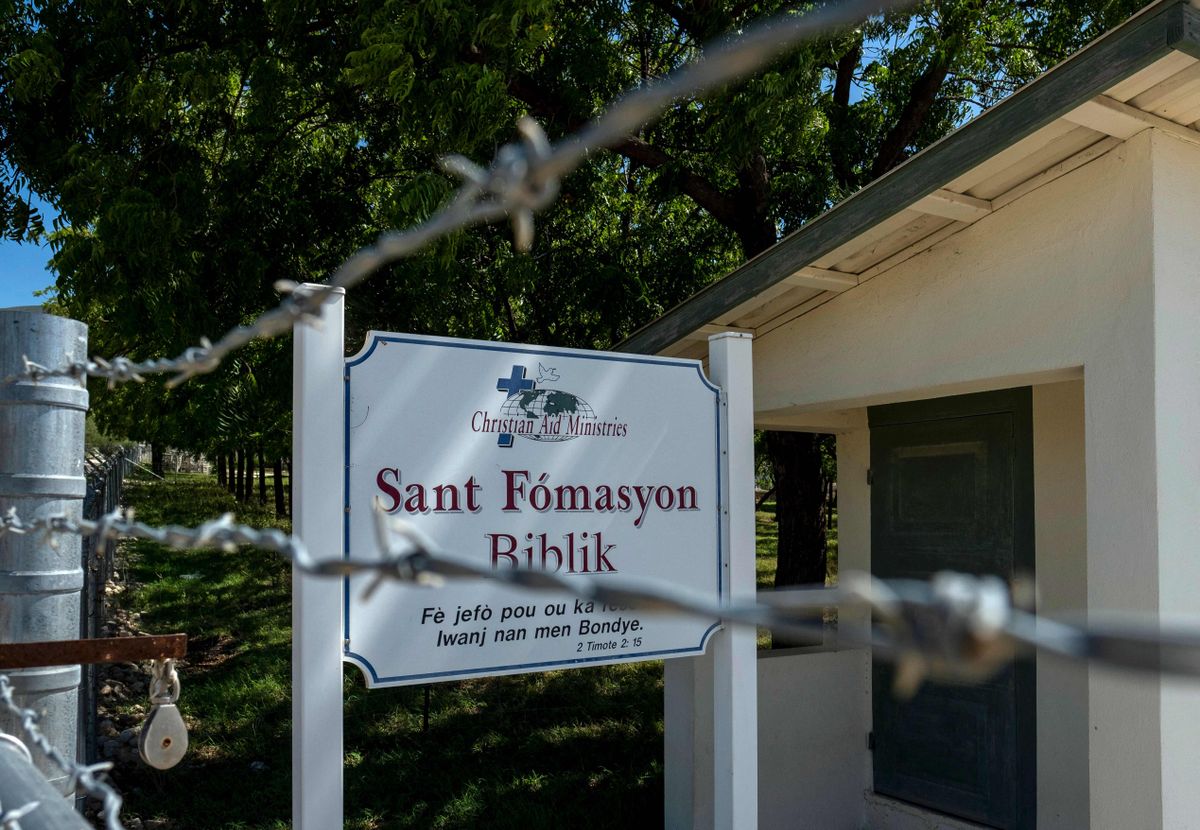 In this file photo taken on October 22, 2021, a sign stands outside Christian Aid Ministries in Titanyen, Haiti. The remaining 12 of the 17 Americans kidnapped in Haiti in October were released, police said on December 16, 2021, after weeks of negotiations with the "400 Mawozo," one of Haiti's most powerful criminal gangs. The missionaries and family members, a group of 16 Americans and a Canadian, were abducted on October 16 as they returned from an orphanage in an area east of the capital, Port-au-Prince.

A US official told CNN that the US government did not pay the ransom but that one million dollars were negotiated for each missionary.

Port-au-Prince, Haiti
The 12 members of 17 American missionaries and their families who remained kidnapped by the “400 Mawozo” criminal gang in Haiti were released Thursday; the police spokesman told AFP.

“We confirmed the release of the 12 people who remained” captive, said Gary Desrosiers, police spokesman, without “giving more details for the moment.”

The missionaries and their families, a group of 16 Americans and a Canadian, were kidnapped last October 16 while returning from an orphanage in an area east of Port-au-Prince, controlled by “400 Mawozo”, one of the most powerful gangs in the country.

Two missionaries were released in November and three others earlier this month.

The Ohio-based group Christina Helping Ministries said the group consisted of 12 adults between the ages of 18 and 48 and five children between 8 months and 15 years.

“We thank God for answering our prayer, the missing twelve are now free!” the religious group posted on its website.

Initially, the kidnappers demanded a ransom of one million dollars for each, AFP was told.

FBI agents, Haitian authorities, and the police anti-kidnapping unit negotiated the gang before their release.

Wow, if the US government did not pay the ransom money to free those that were kidnapped. Why did they even allowed to happen. Now those criminals gang members with the over 15 million Dollars that they just received are going to buy more guns and conduct more kidnapping.

Paying the ransom is a damned if you do and damned if you don’t situation when people’s welfare and lives are on the line. The decision to pay is a civil decision, not the government’s. The US gov’t stance is not to pay. Yet, it will have government officials/agents in the field to investigate and support the release of the victims.

latest news is the hostages escaped. Conjecture is funny that way

It is NOT established that anything was paid. CAM said that money was raised for a ransom but has not confirmed whether they paid anything, to my knowledge.