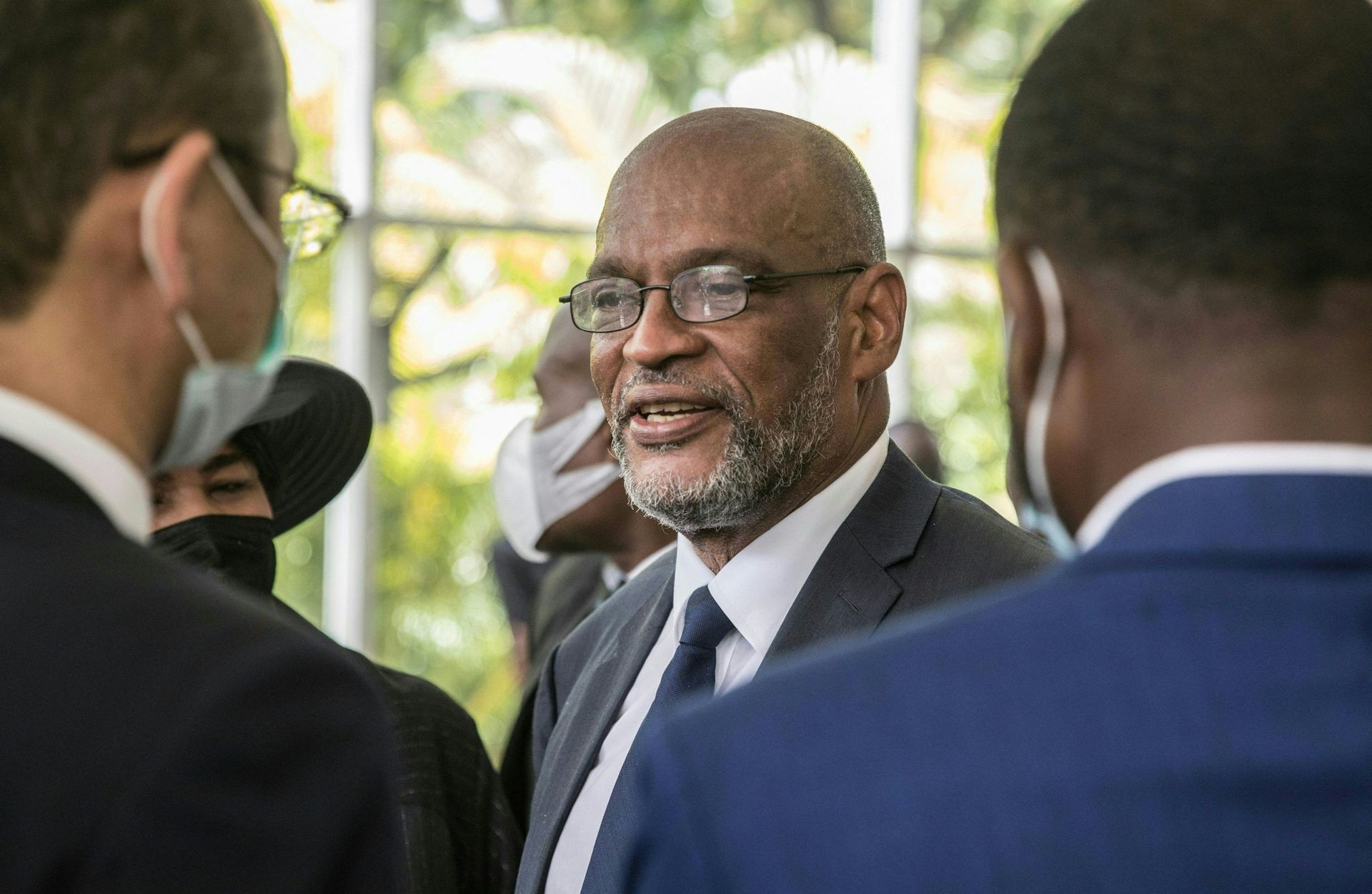 Haitian Prime Minister Ariel Henry may have a close link to the main suspect in the assassination of former Haitian President Jovenel Moïse.

According to a report published by The New York Times, where this media indicates that it collected evidence on the case, it opens the hypothesis of the link between the current Prime Minister Ariel Henry and Joseph Felix Badio, a former official of the Ministry of Justice and wanted by the Haitian authorities on suspicion of organizing the attack of last July 7 that ended with the death of Moïse.

The U.S. media indicates that it had access to telephone records between the two and interviews with Haitian officials that reveal “potentially incriminating” details about the relationship between the two men.

To this, it adds that, although the Haitian police were looking for Badio, he visited Henry, according to two Haitian officials with “knowledge of the investigation.”

“Four months after the assassination, the officials said, Badio went to Henry’s official residence twice, both times at night, and was able to enter unhindered by the prime minister’s security guards, despite being on the run from the police,” The New York Times says in its publication.

On this detail, Henry’s spokesman told the American media that the prime minister did not speak with Badio, despite the telephone records, and that he has no relationship with him.

Regarding the link maintained by both a Haitian businessman and former drug trafficker by Rodolphe Jaar, interviewed by the media, admitted having helped and planned the plot against Moïse.

Shortly before the assassination, Jaar told the media that Badio said to him that the current prime minister would be a “useful ally,” claiming that he had “total control over him.”

Jaar even said that he and Badio kept in touch while on the run from authorities and that they came to share a safe house for several days after the assassination.

“In the hours after the assassination, when police officers caught the Colombian mercenaries accused of carrying out the assault, Jaar said that Badio had sought Henry’s help to escape and that, according to the ex-narcotics trafficker, the prime minister responded that he would make some calls,” he states.

Similarly, Jaar confirmed to the U.S. media that the objective of the plot had been to depose, not kill, the president, and he was caught up in a giant political game that he still “doesn’t understand.”

This is not new news. It has been known now for quite sometime that the current prime minister was part of the plot to killed the former president Jovenel.

Unfortunately Haiti has become the Somalia of the western hemisphere. The peaceful military intervention from the international community is the only way to treat and possibly cure the chaos in the country.

first lesson DO NOT BELIEVE THE NEW YORK SLIMES!!!

First reason, don’t believe in the Haitians, especially the leaders , and soon that place won’t be recognize as country. Shouldn’t of been of country in the first place anyway.

Stop, the hate seriously. Haïti is the country that has suffered the most in the carribean, and that’s undeniable. Mental health is at the core of this generational problem. Spain’s treatment of slaves in Dominican republic was not even close to how the french treated them. British and Spaniards have killed a lot of natives. But, the french and belgian regimes were the most brutal. This leaves mental scars that obviously is passed down. Haitians have been living on survival mode for almost 300 years. They’ve been blacklisted from doing business after gaining their freedom. Getting up to get crushed again is hard recover from (imagine now losing your job, home, etc.) Haiti has done it time after time, ( dictators, earthquake, Americans) but now they have given up The 20-30 billion in today’s dollars they paid the french crippled them. They helped you free yourselves (fighting side by side) and unfortunately entered the vicious cycle of mistreating you guys when french pressure was mounting to pay its debt. and that is unfortunate. They helped Venezuela, Colombia, Peru, Chile, and modern Bolivia fight slavery and gain their independence. Haiti should be loved for that. As cousins, their should be more empathy for this population with good people and good kids deprieved of a great future. This attitude of superioty (if it were about competition but it is not) based on remanents of opposing colonial brainwashing is not helping people on both sides of the whole island to embrace themselves.

How is that a event that happened over two hundred years ago affecting a country today, it’s like saying Germany is still poor because of two world wars. and what hate I’m saying, I’m telling the truth shouldn’t believe in the Haitians leaders? How is that hate ? Please stop spreading misinformation and playing the victim. Yes Haiti helped but , not all those country, just Gran Colombia besides Gran Colombia doesn’t exist anymore. Be true to yourself, Haitians can’t run a country.

Germany??? What kind of parallels are you drawing? Germany’s only cap after the wars were on its military, it was let to thrive economically and still did business with the rest of the world.

The Marshall Plan
Also adding to Germany’s rebirth was the European Recovery Program, better known as the Marshall Plan. Crafted by U.S. Secretary of State George Marshall, this act saw the United States giving more than $15 billion (around $173 billion in 2020 prices) to European nations affected by World War II, with a large chunk of this money going to Germany.

Your point is moat at best. There’s no country in Latin America, Africa, and the carribean that has ever benefited from a program like that.

After Americans invaded Haiti
from 1915 – 1934. Emptied its gold reserves to pay the french. Then backed a dictator Duvalier aka Papa doc and his son Baby til 1986 who killed people and left the population to live in terror. How does that sound like 200 years ago to you? Secret civilian police started then and that is the precursor of gangs. Aristide made it a bigger problem in the 90s but its use was there way before. Americans, French and British, will prop whatever country they want but for sure not a black/latin one doesnt exist. Cuba should have been the most powerful carribean country education and industry wise, it is years ahead. We are great travel destinations. Congo with ALL of its ressources should be a country that should have been propped up, but it is only been destabilzed and broken just like they did centuries ago to benefit the coonizers. My friend latinos and blacks are in the same boat. We will have to make it on our own. Hopefully, Haiti can get its shit together someday thats all we can pray for. In the meantime, support and love from brothers, and cousins wouldbt hurt.

You are saying that the world hasn’t helped Haiti? 2010 earthquake? How many NGO’S are in Haiti? how times does Dominican Republic have to help(hospital care, education, providing jobs, etc) Haiti? Your points are irrelevant. Besides I bet you left a long time ago from the island (with that level of education it wasn’t from this island) easy to talk from afar , sir , good day .