Caravans against anti-Covid restrictions spread around the world 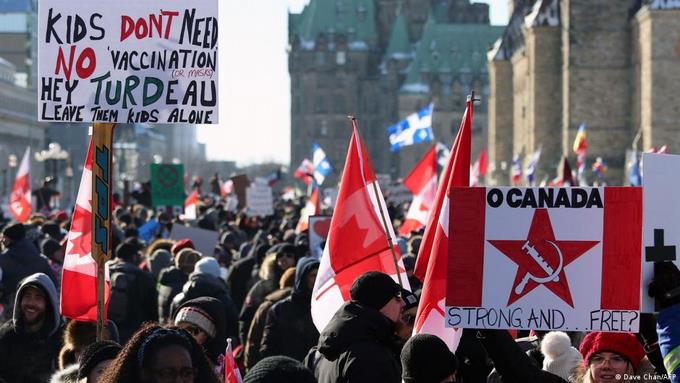 “Canada’s “Freedom Convoy
The Canadian “Freedom Convoy” began in late January in western Canada, following the anger of truckers who had to be vaccinated against covid-19, tested or isolated to cross the U.S.-Canadian border.

A vast majority of the country’s truckers are vaccinated, but a group of angry anti-vaccine-passport and like-minded truckers blocked the center of the Canadian capital, Ottawa, with a noisy and, at times, agitated protest.

The movement evolved into a broader protest against anti-pandemic health regulations such as vaccine passports/cards and the Trudeau government.

Over the past week, protesters blocked three major border crossings with the United States, including the Ambassador Bridge in Detroit, used daily by more than 40,000 travelers and trucks carrying goods valued at $323 million on average.

But on Saturday, police began evacuating the bridge following an order issued by the Ontario Superior Court. Meanwhile, thousands of people are expected in Ottawa for a large demonstration.

The bridge closure has disrupted the automotive industry on both sides of the border.

The province of Ontario, the epicenter of the protests, declared a state of emergency on Friday. Trudeau said, “everything is on the table because this illegal activity has to be stopped.” But the people see the government’s actions as illegal and despotic.

The U.S. Department of Homeland Security called on Canada to use “federal powers” to resolve the situation.

– New Zealand follows
In New Zealand, activists have been camping out on the grounds of Parliament in Wellington for four days. The protests led to clashes with police, who made more than 120 arrests. The number of protesters rose to nearly 1,500 on Friday as officers scaled back their efforts to disperse the protests.

France: protests spread across Europe
Thousands of vehicles arrived in Paris on Friday from across France, with many participants hoping to blockade the capital to protest against anti-virus vaccination rules and other health restrictions.

On Saturday, a portion managed to reach the Champs-Elysees in the capital center. Police fired tear gas and issued hundreds of fines to disperse them.

Two months before the presidential elections, many supporters of this movement claim to be from the “yellow vests,” the popular mobilization that shook France between 2018 and 2019, triggered by the rise in gasoline prices and turned into a revolt against President Emmanuel Macron.

Belgium
Belgian authorities said they would ban convoys converging on Brussels on Monday, following a call for protests circulating on social networks.

Netherlands
On Saturday, opponents of health restrictions arrived in trucks from across the country in The Hague and blocked the city center for several hours.

Organizers called for an end to the health restrictions.

Austria
Police in Austria banned any “Freedom Convoy” after reports that several hundred vehicles were to converge on Vienna.

United States
U.S. supporters of the Canadian protesters took to social media to announce the “People’s Convoy” of truckers and “all freedom-loving Americans” to gather in East Los Angeles on March 4, before hitting the roads, possibly toward Washington.

The voting in the forum is getting mighty suspicious…

For real man! The 8 dislikes were quick, the covid cult members can’t hold a debate it is why they are censoring discrediting the opposing views that’s a fact.

I like how people from DT are rushing to dislike my comments like boom -8, it’s a form of censorship, a way to discredit my comments but you know what? You can’t hide the truth, no you can’t, you are on the wrong side of history and will sink with your globalist masters, evil will be defeated period 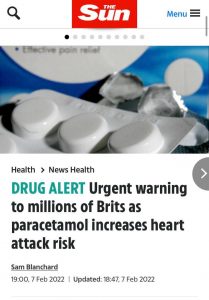 Mr. Conor, please stay away from publishing untrue and questionable statements about HIV virus. There is no censorship from DT when it comes to publishing personal opinions, but we do not allow the use of our platform for personal campaigns, especially not if these campaigns are based on untrue statements. Part of your former comment has been deleted!

Okay cool, I will stop commenting on your publications about covid and the vaccines, but I have taken a screenshot of this message to post when what I have said goes mainstream maybe in 3 or 4 months from now and I hope you guys will have the courage to publish it…

Very stupid! COVID will thank you for giving it another chance to take more lives. Not matter how developed you are in some areas, you are still awkwardly backward in others. Very shameful from a country who pride itself for their medical knowledge.